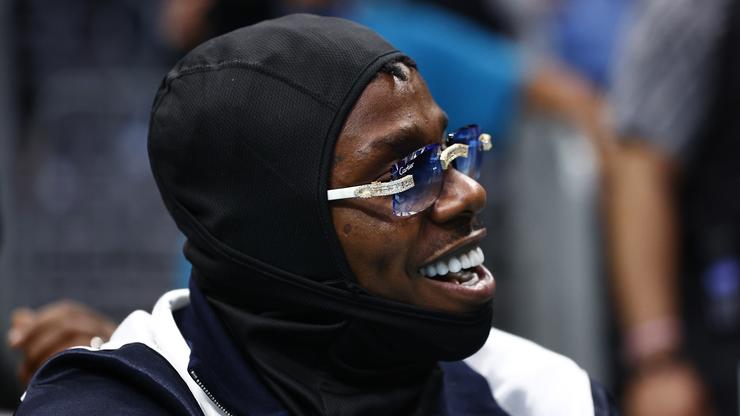 Fat Joe appeared on “Rap City” and raised some eyebrows.

When Big Tigger announced the return of the fabled BET show Rap City, it was expected that a couple big names would be making appearances and fortunately for viewers, that expectation was fulfilled.

On the recent Rap City ’21 special, Fat Joe sat down with Big Tigger to talk hip-hop and when Tigger wanted to talk rap comparisons, Joe was up for the conversation. Asking Joe to give modern comparisons for 90s hip-hop legends, the “Lean Back” rapper raised some eyebrows.

Taking a second to ponder through a handful of candidates when Tigger asked him who a modern comparison for Tupac would be, Joe eventually got to his answer: DaBaby.

Big Tigger didn’t say much and the comparison conversation moved on but comparing someone like DaBaby, who was recently “cancelled” for his homophobic rant at Rolling Loud, was sure to catch the attention of many, including the “SUGE” rapper himself.

Posting the clip of Fat Joe comparing him to one of rap’s biggest legends, DaBaby wrote “Agreed. but they gone salt that down too Crack” with a finger over the lips, shushing emoji.

Obviously insinuating that the “haters” are looking to chip away at any of his accomplishments, DaBaby paid respect to Fat Joe and agreed that he is the closest thing rap has to 2Pac in 2021. Whether or not that is true is up for debate (both rappers dealt with controversies regarding disparaging comments towards multiple communities of people but the music is an entirely different story) but after a week of conversation surrounding Dave Chappelle’s defense of DaBaby in his new Netflix special The Closer, it’s interesting to see the North Carolina rapper secure another co-sign from another legendary figure, as well as a comparison to one of the *most* legendary figures.

What do you think of Fat Joe saying DaBaby is the new Pac? Let us know in the comments.