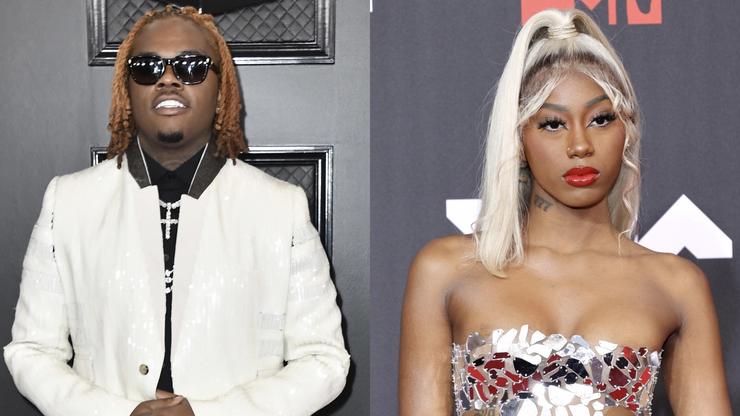 If you want to date Flo Milli, be prepared to sip on some bath water.

The weather is getting colder every day, which means that cuffing season is quickly approaching. Earlier this week, Ho, why is you here ? rapper Flo Milli took to Twitter to share some relationship advice with her followers.

“Gunna told me if a n*gga ain’t ready to drink my bath water he ain’t for me,” the 21-year-old posted on October 12th.

Depending which side of Twitter you’re on, you may have already heard people joke about “drinking bath water” to express their thirst for someone. From the sounds of things, Gunna is telling Flo Milli that she needs a man who would be dedicated and obsessed enough to guzzle back a glass of hers.

Obviously drinking bath water isn’t for most people, but a few brave souls took this opportunity to let the Alabama native know that they would gladly consume hers with some funny memes in the replies.

“Can I at least run it through my Brita,” one viewer joked.

Another responded with a screenshot of a Google search that reads, “where can I get a pint of Flo Milli’s bath water?”

The “Not Friendly” rapper may be unlucky in love for now, but she’s certainly been earning herself plenty of attention as of late, especially after she arrived at New York Fashion Week in a bold but sheer number, leaving little to the imagination.

See the photos for yourself below.