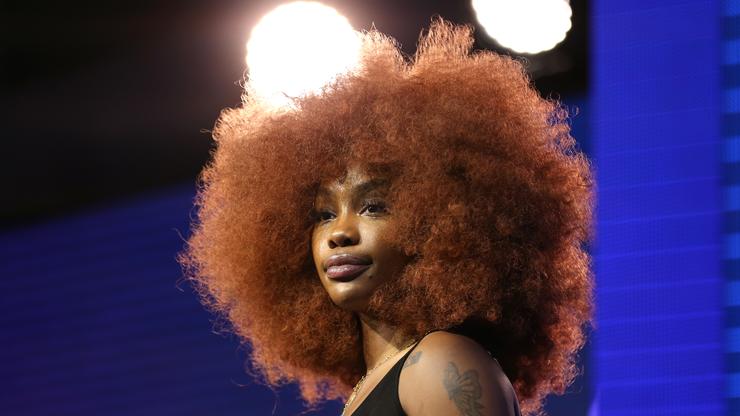 It’s been four long years since SZA released Ctrl, and over the weekend, rumours began swirling that the 31-year-old had plans to release her highly anticipated sophomore album on the same day that Summer Walker has plans to release hers this coming November.

Unfortunately for us (but luckily for Summer), SZA shut down these rumours, but she did give the internet yet another reason to talk on October 10th.

The “Drew Barrymore” singer made an appearance at her label mate Isaiah Rashad’s concert in Los Angeles on Sunday night to perform their track, “Heavenly Father.”

SZA wasn’t in a rush to leave after her performance. The Missouri-born star stuck around on stage a little longer, twerking and dancing along while Rashad performed “Wat You Sed” and hyped her up.

Several viewers tweeted at Rashad to “move” and “get out of the way” so that they could see more of SZA as she danced on stage, while others were more bold, writing things like, “not looking respectfully. Looking with lust. Looking like my eyeballs about to pop out. God have mercy.”

SZA may not have come through with an album announcement, but Twitter made it very clear that they’re more than satisfied with the different goods that she was able to deliver.

On the bright side, the “Kiss Me More” hitmaker did confirm that she and Walker have a collaboration together on the way, so we have that to look forward to while we wait.

What do you think of SZA’s surprise visit at Isaiah Rashad’s show? Drop a comment and tell us below.