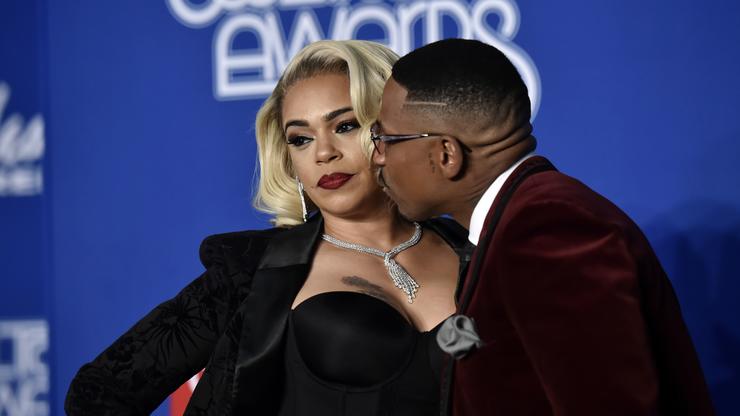 The two have had a few controversial moments as of late, including Stevie reportedly filing for divorce.

It seemed that Faith Evans and Stevie J’s marriage was over, but their recent actions have suggested there is still hope on the horizon. We previously reported on Stevie J filing for divorce from the acclaimed R&B singer. They wed back in 2018 but have been friends for decades, however, there has been reported trouble in the marriage for some time.

Faith was reportedly arrested in connection with a domestic violence incident but Stevie was quick to hop online, declaring his love for the singer. Then, news of their divorce filing emerged, and not long after, a video of Stevie berating Evans while accusing her of cheating made the rounds.

Evans recently caught up with TMZ via a phone call interview and during the conversation, she was asked about the status of her marriage. The host wanted to know if everything was “good” between the couple following their recent news reports and viral moments.

“Stevie’s cool, he’s in the kitchen right now waiting for me to finish,” said Evans. “But I stopped discussing my personal life in the public back in the ’90s. [laughs] But he’s fine and I’m okay and it is what it is.” She played coy about her relationship status and it doesn’t look as if Evans is divulging any more. Meanwhile, Stevie recently shared a video online apologizing to his wife for his behavior and accusing her of being unfaithful.