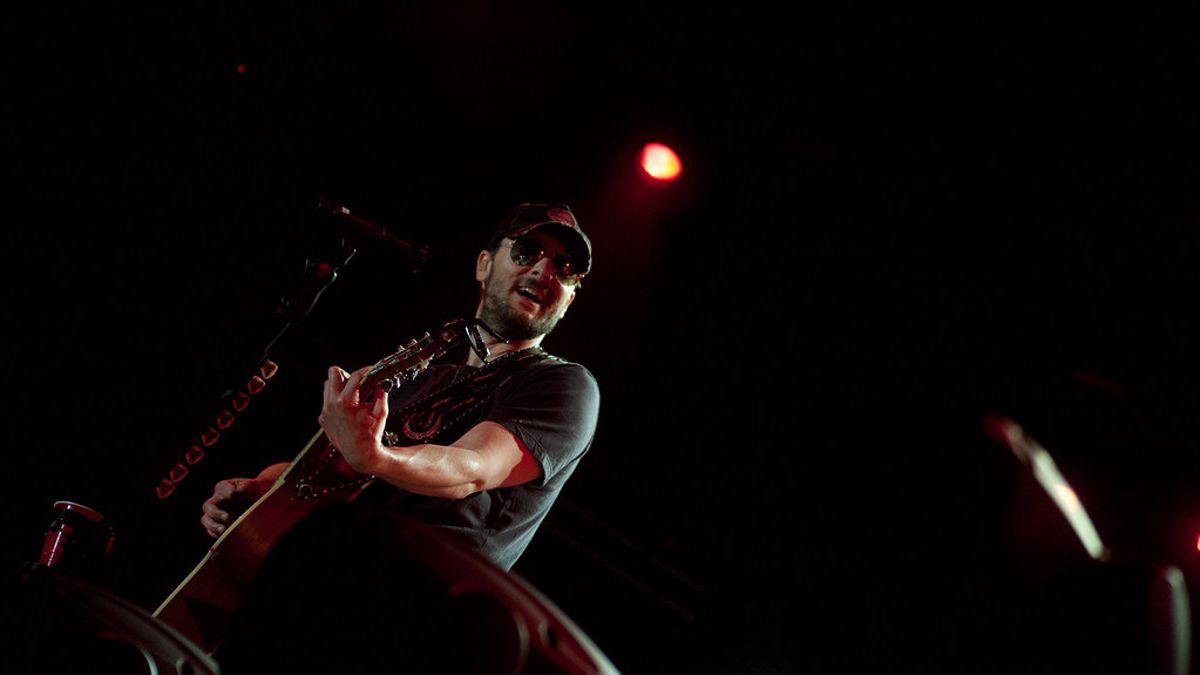 Country star Eric Church says he knows nothing about social media. He missed the backlash to his canceling of a concert in San Antonio to attend a Final Four game.

The North Carolina native recently cancelled a concert in San Antonio to attend an NCAA Men’s Final Four game. The North Carolina Tar Heels went up against their rival Duke, which Church says was a once in a lifetime event for him. The Tar Heels came out on top in that match-up, winning vs. rival Duke with a score of 81-77. Church discusses how close the game was and why canceling the San Antonio concert was necessary for him ‘personally.’

“We beat Duke, the big thing as the Duke game, for me. I hate to say this, I did care, but to me, the championship was against Duke, because of the rivalry, because they’ve never met in a tournament, and it’s Coach K’s final game,” Church says during the interview. “All of those things were a perfect storm that I never would have conceptualized would have happened.”

“It hadn’t happened in my life, it hadn’t happened in my dad’s life. It was just one of those really unique, once-in-a-lifetime things. I know it was kind of a wild week or two, maybe for me, but it was just something that I had to be there. I had to take my boys – I have boys that are 10 and 7 – and my dad is still alive, he’s 70. I had to be at that game. There was no way I wasn’t being there. I’m very glad we went. I can recreate San Antonio. I can’t recreate Duke and Carolina in the Final Four,” Church adds.

Fans of Eric Church sparked a huge backlash online when the San Antonio concert was cancelled. Church ultimately announced another free show to those holding tickets for the original. That new concert is slated for September 2 at Whitewater Amphitheater in New Braunfels, Texas.

“I did feel bad that it was so late,” Church adds about the cancellation. “A lot of people were upset that it was so last minute, but what I wanted people to understand was, I wasn’t missing a show for anything other than a Carolina-Duke Final Four game.”