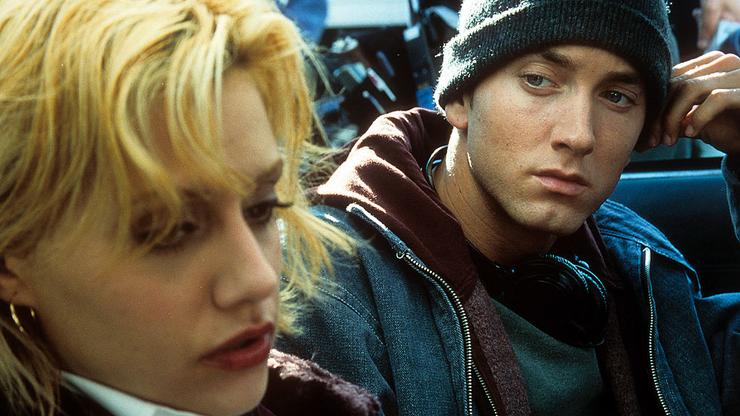 Eighteen years ago, Eminem impressed the world with his acting debut in “8 Mile,” one of the most successful hip-hop films of all time.

When it was initially announced that Eminem would be holding down a leading role in a semi-autobiographical film, many of his fans were curious as to how his big cinematic debut (not counting a brief cameo in Dr. Dre & Snoop Dogg‘s The Wash) would play out. Despite committing to his roles in various music videos, 2002’s 8 Mile marked a serious foray into dramatic territory for Em, one that found him sharing scenes with the likes of Mekhi Phifer, Kim Basinger, Michael Shannon, and the late Brittany Murphy.

On November 8th, 2002, Shady’s 8 Mile hit theaters, and it didn’t take long for the Curtis Hanson-directed flick to become an instant commercial success. In its opening weekend, 8 Mile locked in a massive opening weekend, hauling in an impressive $51,240,555 — a gargantuan number that would solidify it as the second-highest R-rated movie at the time, falling short of Ridley Scott’s Hannibal. And perhaps more impressively, the critics responded rather favorably, with many celebrating Eminem‘s performance as a standout surprise.

In hindsight, it’s no wonder that 8 Mile proved to be such a cultural phenomenon. It’s arguable that 2002 was Eminem’s biggest year of all time, with his acclaimed The Eminem Show album having dropped in the summer, and his Shady Records-heavy 8 Mile Soundtrack landing only a few weeks prior to the film. Some would even go so far as to say that Em’s songwriting was at a peak, revealing a newfound ability to peel back layers and share new chapters of his story. Now, with 8 Mile officially having turned eighteen (a testament to how long Eminem has been a presence in the rap game), it feels appropriate to celebrate the classic hip-hop film.

Have you watched this one recently? And for those who caught the film during its theatrical run, did 8 Mile open your eyes to the world of battle rap for the first time?

“F*ck it, you can take the mic home witchu…ð¤” #Eminem’s film debut #8Mile released 18 years ago as of yesterday: November 8, 2020. Comment your favorite moment from the film in the comments below ð Video: Imagine Entertainment Mikona Productions GmbH & Co. KG Universal Pictures