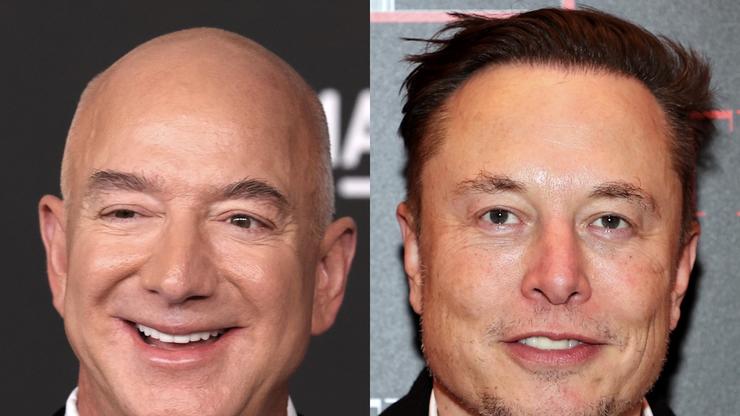 Looks like we’ve got some billionaire beef on our hands.

Elon Musk had plenty to say about his billionaire friend Jeff Bezos while accepting his Person of the Year award from Time Magazine earlier this week. The SpaceX founder didn’t hold back when he took the stage, informing audiences that the Amazon head “does not seem to be willing to spend mental energy getting into the details of engineering.”

“The devil’s in the details,” Musk continued at the celebration ceremony. The South African-born richest man on Earth didn’t deny Bezos’ “reasonably good engineering aptitude,” although he does feel that the 57-year-old “does take himself a bit too seriously.”

While the entrepreneur from New Mexico supposedly sits around and relaxes, Musk says that he “works for seven days and 80 to 90 hours each week overseeing projects at both Tesla and SpaceX.” At the beginning of 2021, it was reported that the 50-year-old had overtaken Bezos’ spot for biggest bank account; their net worths are currently an estimated $252 billion and $195 billion, respectively.

As the New York Post reports, Musk (a regular Twitter troll) has been known to tease his rival about their wealth gap. Back in October, he responded to one of Bezos’ posts with a silver medal emoji, seemingly referencing their financial rankings.

Check out Time Magazine’s pull profile of Elon Musk below.