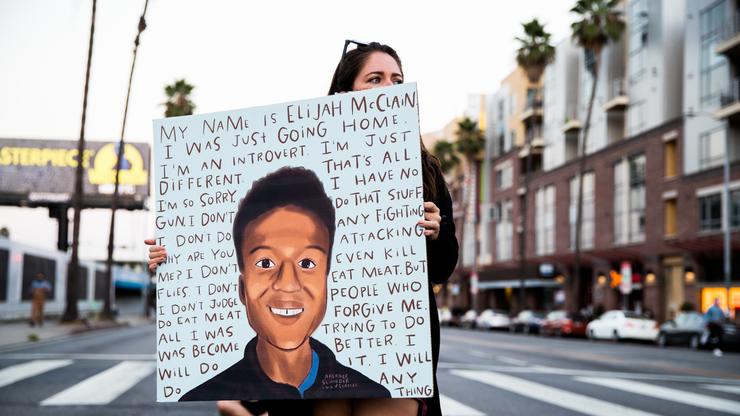 The McClain family still mourns the 2019 loss of 23-year-old Elijah.

More than two years after his death, the family of Elijah McClain has finally reached a settlement with the city of Aurora, Colorado. As you may recall, the 23-year-old was stopped by police while walking home from the store, then injected with ketamine while being placed in a carotid hold.

“Nothing will bring back his son Elijah, who he loved dearly, but he is hopeful that this settlement with Aurora, and the criminal charges against the officers and medics who killed Elijah, will allow his family and the community to begin to heal,” Mari Newman, the attorney of Elijah’s father, LaWayne Mosley, told CNN.

The dollar amount of the settlement has yet to be disclosed, and will remain under wraps until the city signs the agreement, and an allocation process for the family is decided upon.

As CNN reports, Adams Country District Attorney Dave Young didn’t bring criminal charges against those involved in Elijah’s death, as he felt that prosecutors “lacked evidence” of unjustified force. With the rise of the Black Lives Matter movement in the summer of 2020, the young man’s story gained attention again, and a reexamination of the case was announced.

In September, a Colorado grand jury indicted two fire department paramedics and three police officers for their role in Elijah’s passing, all on charges of manslaughter and criminally negligent homicide. A 14-month investigation into the Aurora police was then launched, with the results showing they had a history of enforcing racially biased policing, using excessive force, and failing to record legally required information.

If you’re seeking more information about the death of Elijah McClain, check out our story from when his case was initially reopened last summer.