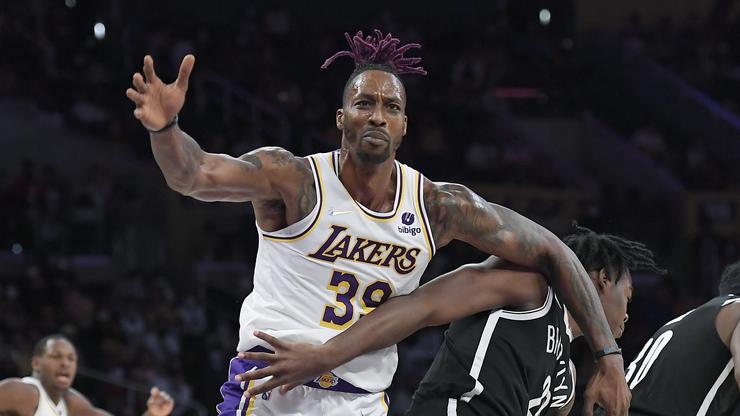 Dwight attributed politics for his snub.

The NBA released their 75th Anniversary Team on Oct. 21, which highlighting who they felt were the 75 best players in the history of the league. Many basketball fans responded to this announcement either with praise for those who made it, or disgust for those they felt were left off.

Among the snubs who fans felt were most egregious, Dwight Howard likely topped the list. People could not believe the 18-year veteran was not selected. However, Dwight Hoard himself was not too surprised. In a recent interview with NBA reporter Taylor Rooks, Howard explained that while he was not happy with the decision, he already anticipated he would not make the list: “I already knew I wasn’t going to be on it.”

When Rooks asked why he thought he would not make it even before the list came out, Dwight blamed politics and corrupt voting: “Politics. I already knew. I knew as soon as they made a 75 list I was like, ‘Yeah they ain’t gonna put me on it.’ I knew that they was not gonna put me on that list. I most definitely should be on that list. But it’s okay, it is so okay. I’m not upset about it. I was for probably like 30 seconds, but I said, ‘You know what, life is great. I’m alive, I’m still playing basketball in my 18th season. Who cares about a list made by people who have never bounced a basketball before? Who cares?”

The NBA 75 list was put together by an unnamed panel of media members, current and former players, coaches, general managers, and team executives. To vouch for Dwight, many fans took to Twitter to elect players on the list that should have been removed for Dwight, including older players who looked unfit to compete in today’s game and even Damian Lillard.

It is almost impossible to have a universally liked opinion when it comes to basketball, but the NBA’s decision to leave Dwight Howard off their 75 best players list left many scratching their head.