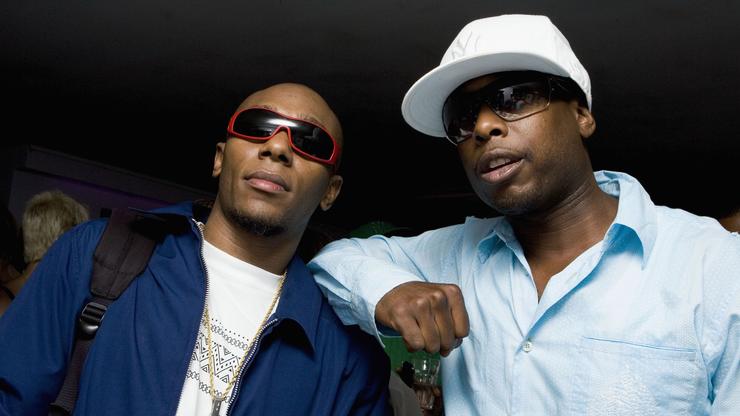 After being delayed for months, this highly-anticipated episode is finally on its way.

It was just about this time last month when Drink Champs teased their episode with Black Star, but as quickly as it went up, the video disappeared. Yasiin Bey, better known as Mos Def, and Talib Kweli‘s appearance was blessed with an addition after Dave Chappelle showed up, making this one of the most anticipated Drink Champs episodes to date. Now, we’ve received the full trailer showing what’s to come and it’s going to be a lengthy conversation that you don’t want to miss.

“We’re not going to let the machine set the pace for us,” said Mos in the clip. Elsewhere, Chappelle flexed his industry status. “At halftime, we called Colin Kaepernick ’cause we could,” he shared.

The trailer shows the Rap legends talking about the dangers they encountered on the road, while Chappelle reflected on a time when his famed Comedy Central series struggled to find guest music acts back in the day.

In July, Drink Champs host DJ EFN explained why this episode was delayed.

“[The Hollywood Bowl incident] happened right before and so we were going to fast track that episode and then all parties involved were like it doesn’t feel right and we skipped that whole week,” he said at the time. “And then we had other episodes already in the queue and so it got pushed. So we’re just hoping that it will come out sooner than later.”

This one reportedly arrives this evening (September 8), so check out the teaser below.