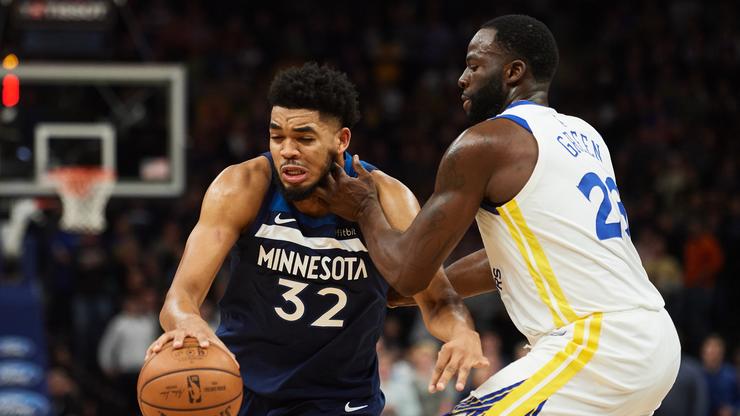 Many have noticed that KAT is acting differently this season.

Karl-Anthony Towns and the Minnesota Timberwolves surprised a lot of people this year. They ended up making it to the playoffs and they have also pushed the Memphis Grizzlies to the edge. Of course, the T-Wolves are down 3-2 in that series and it is mainly because the team can’t stop blowing leads. They were simply awful down the stretch in games 3 and 5, and it has ultimately put the T-Wolves at the brink of elimination.

On top of all of this, Towns has been extremely vocal in terms of trash talk. KAT was never like this, but now, all of a sudden, he is trying to play himself up like some sort of villain. It is extremely bizarre, and today, Draymond Green of the Golden State Warriors called him out.

“At some point you probably just should be yourself,” Green explained. The Warriors defender understands that KAT has never been like this before and that his trash talk is extremely out of character. Simply put, Green believes the T-Wolves would actually be winning the series if KAT just acted as he did in the past. The trash talk has become a distraction and the T-Wolves would be a lot better off if they just played their game and handled their business.

Green knows what it takes to win a championship, so perhaps KAT should listen up here. The T-Wolves can still win this series, and if they focus on the task at hand, they have a real shot at a tremendous upset.