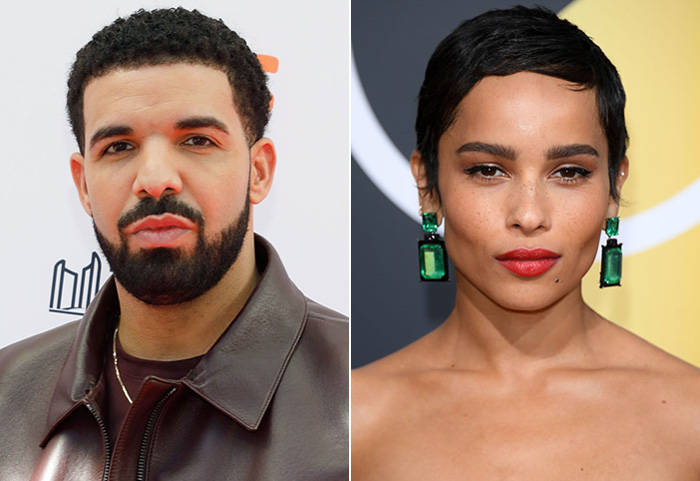 Could this be more than “One Dance?” Drake and rumored former girlfriend Zoë Kravitz added fuel to the reconciliation fire on Sunday (Jan. 7), when they were spotted together at Netflix’s Golden Globes after-party.

Footage from the Beverly Hills bash shows Drake and Zoë with their arms around one another. The Big Little Lies actress is also seen dancing to WizKid’s “Show You the Money,” while Drizzy deejays next to her.

The 6 God and Zoë were rumored to be dating in 2013. Drake was even photographed kissing her on the cheek in 2014. The following year, Drizzy mentioned her on “Star67” f If You’re Reading This It’s Too Late.

“You know when I’m mixin’, I smoke when I drink, it’s tradition,” he raps on the song, before referencing actress Lisa Bonet. “Like Zoë mama, I go hippy / Peace sign in the air like I’m Nixon.”

Last year, Kravitz appeared on “Watch What Happens Live with Andy Cohen,” where she was asked about the relationship. She said they “hung out for a minute” but remained coy. “We are very good friends,” she added. “He’s a cutie.”