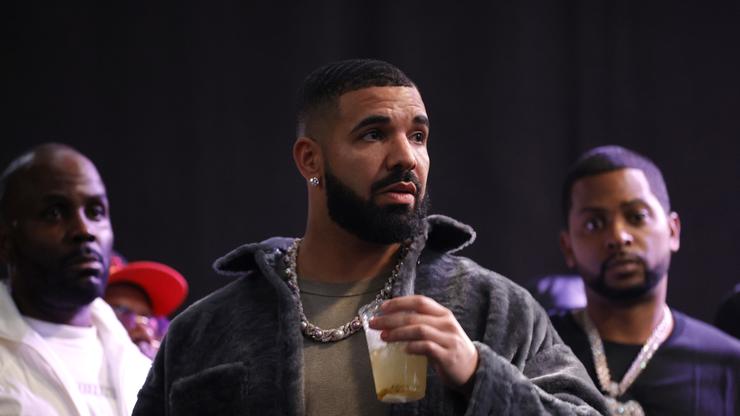 Drake also invited his friends in hip-hop and sports to put money behind their favorite battle rapper at the next URL event.

The party continues for Drake who recently celebrated his 35th birthday. He held a party with his friends and family last week but he extended the celebration for URL’s Till Death Do Us Part event. The battle rap card included: Loaded Lux vs. Geechi Gotti, Tay Roc vs. Nu Jerzey Twork, Tsu Surf vs. Calicoe, T-Rex vs. Rum Nitty, Jaz The Rapper vs. Gattas and Pat Stay vs. Real Sikh.

During last night’s event, Drake took on hosting duties briefly while offering praise to all of the battle rappers that were in the building. “All these people, they deserve it. This shit takes, like, a high level of thinking. I have a lot of respect for everybody here,” he said before giving SMACK his kudos. “What inspired me is I just wanna see the best go against the best. You know, there’s a lot of people that aren’t on this card that deserve to be on this card but that’s why we got a lot more events in store.”

Since it was Drake‘s birthday, he made it clear that his intentions were not to command attention on stage but to watch the battles as a spectator. “They said there’s no bar in here so I’m ’bout to send some drivers out, get some bottles, pass ’em around. You know, we’re getting right,” he added.

The thing is that fans immediately noticed that the liquor got to Drizzy. During a few post-battle interviews, Drake appears to be slurring his words and acting a fool in the background, as seen in the video below.

As for the other events, Drake called for all of his friends in music and sports to put real money up behind their favorite battle rapper for a high-stakes card in 2022.

Unfortunately, not everyone was enthusiastic about Drake’s presence including Murda Mook. You could hear what he had to say below.