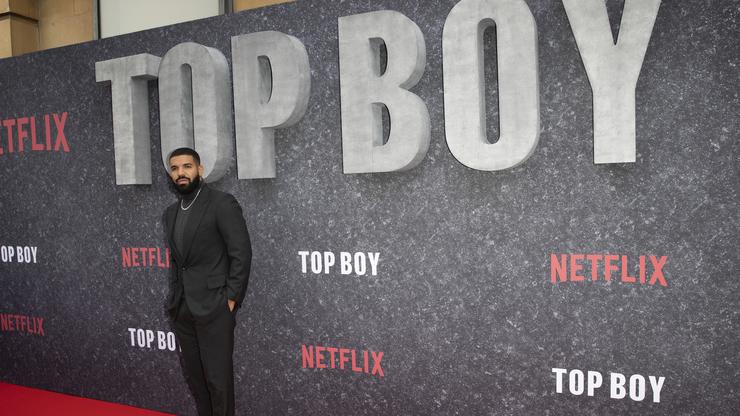 As time has gone on, Drake‘s music has transformed from sappier love records like “Best I Ever Had” to harder, darker, mafioso type records. The love is still there, hence the name of his latest drop Certified Lover Boy, but looking back at songs like “Mob Ties” and “Can’t Take a Joke” from 2018’s Scorpion or 2019’s “Omerta,” a nod to an Italian code of silence, it’s clear that as the money stacks higher, Drizzy can’t help but put himself around people who stack money.

Last night, in a photo posted to Drake’s official Instagram page, we saw The Boy in a restaurant booth with none other than Jordan Belfort, the former stockbroker and convicted felon portrayed by Leonardo DiCaprio in Martin Scorsese’s 2013 film, The Wolf of Wall Street.

Posted with the simple caption, “Wolves” prefaced by a wolf emoji, Drake looks over as Belfort is showing him something on his phone as the two presumably wait for a luxurious meal. The photo is simple and the caption is too, leaving no hints as the depth of their connection.

Whether anything will result from The Six God meeting up with the Wolf of Wall Street for a late-night dinner is yet to be seen, but based on Aubrey’s proclivity to mix humor into his music and music videos, it wouldn’t be surprising if there’s a Jordan Belfort reference in the Canadian rapper’s next verse or if the Wolf himself pops up in a Drizzy music video.

In the meantime, however, go check out Drake and Nike’s new NOCTA Golf Collection which drops online and in select retailers today. The rapper took some time yesterday to dedicate the new collection to Stephen Sher, his uncle and the man who introduced him to the game, in a touching Instagram post.