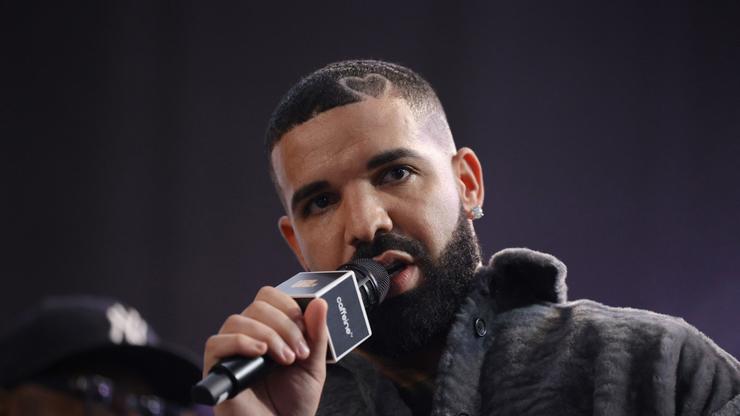 Drake poked fun at Ye at the Nike Maxim Awards.

At this point, it’s no secret that Kanye West and Adidas are not on good terms. The rapper/producer/fashion designer has spent the better part of a week ripping into the brand for a variety of reasons. Ye has been urging other artists to boycott Adidas, and many are doing just that.

Apparently, Drake has been watching West’s falling out with Adidas closely. At this week’s Nike Maxim Awards, Drake commented on Ye’s fraught relationship with the company.

Drizzy spoke at Nike‘s campus in Beaverton, Oregon to host the annual Just Do It Day, an event where many celebrities who work with the brand make a visit to its headquarters. In his speech, the rapper discussed his ongoing partnership with Nike, which he called “really, truly an honor.”

He then brought up West. “And when you put things into perspective, you know, Adidas has Kanye… I think,” he joked, and received lots of laughs from the crowd.

Drake went on to talk about some of Nike‘s most iconic associates. “At Nike we have Lebron James, Kevin Durant, Giannis [Antetokounmpo], Michael Jordan; the greatest creative mind of all time, Virgil Abloh. Rest in peace,” he said.

West, meanwhile, says his crusade against Adidas is “bigger than money.” “My kids have no idea what daddy has gone through this past few days alone to secure the brand that will one day be handed down to them God Willing These future leaders will never back down be stolen from and forced to compromise who they are for the check,” he wrote in one of his countless posts. Time will tell how he’ll take Drake‘s joke.