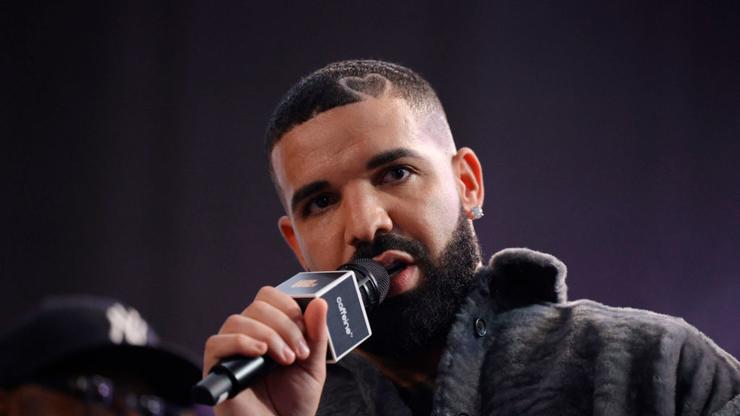 Say goodbye to the heart in Drake’s hairline.

To promote his latest album Certified Lover Boy, Toronto native Drake started shaving a heart into his hairline last year. The unique look would go on to become his signature hairstyle for the last several months. He kicked off a trend of people shaving hearts into their hair, but he’s officially looking toward the future, deciding how he’s going to shape the culture next.

During a trip to Oklahoma City this week, where the rapper was spotted courtside at the Thunder/Rockets game, Drake made some time to get his hair lined up but he opted for a different style. He got his hair cut by Scissorhands, who gave Drake a crispy new buzzcut, which is a little shorter than his previous look. Noticeably too, the heart is missing from his hairline, which could signal the end of an era for Drizzy.

This comes following a couple of viral videos featuring Drake and singer YK Osiris, where the superstar allowed YK to pay off his $60K debt with a live performance inside of his mansion. Check that out here.

Considering the artist has been showing off the same hairstyle over the last year, what do you think of his new cut? Is it better or worse than the last one?