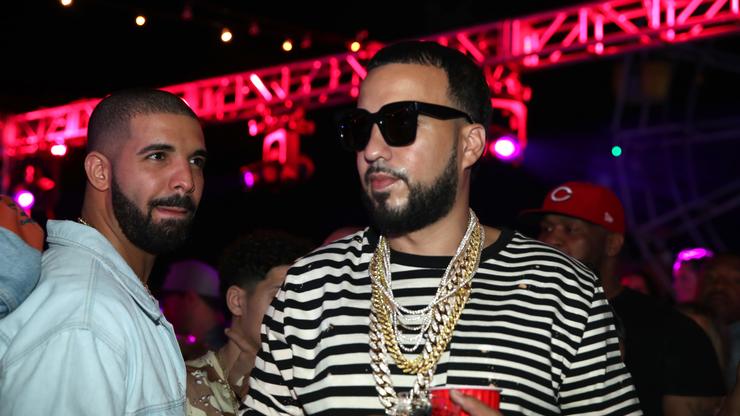 Drake’s guest verse on French Montana’s forthcoming album has allegedly been removed due to shots aimed at Kanye West.

After making an undeniable comeback with “FWMGAB” this past summer, French Montana has been treating fans with more music and visuals, and this week, the Bad Boys rapper is finally gearing up to release his fourth studio album, They Got Amnesia.

The album was originally set to drop last week on November 12, but it was ultimately pushed back to this Friday, November 19. French addressed the situation with a post that playfully blamed Doja Cat for the album’s delay, and now, days before the album’s release, more unfortunate news has surfaced regarding They Got Amnesia.

According to HipHop-N-More, the iTunes pre-order page for They Got Amnesia has been updated, and “Splash Brothers” does not appear on the new tracklist. Instead, the song has reportedly been replaced with another one called “Fraud,” which didn’t initially appear anywhere on the tracklist for French Montana‘s forthcoming album.

Fans have theorized that “Splash Brothers” has been removed from the final tracklist due to Drake taking several shots aimed at Kanye West during his verse. In fact, in a leaked snippet, Drake can be heard rapping, “I fuck a rapper’s wife/She ain’t even my type but I make the sacrifice.”

Hear the rumored snippet from “Splash Brothers” below.

The rumors that “Splash Brothers” will no longer be featured on They Got Amnesia come a day after J. Prince oversaw Drake and Kanye West’s reconciliation, so perhaps the reported shelving of French and Drizzy’s long-awaited collab will help maintain the peace between two of Hip-Hop’s biggest artists.