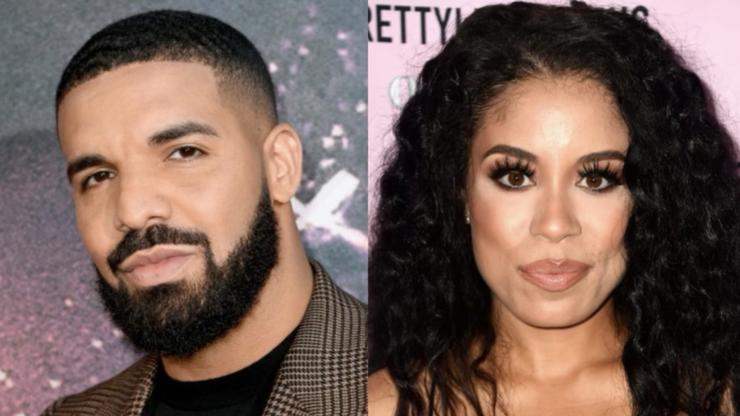 The 34-year-old is said to be the “KiKi” that Drizzy sang about on “In My Feelings.”

Though he’s had to postpone the highly anticipated Young Money reunion due to a case of COVID, Drake‘s annual OVO Fest has still been a monumental one as the father of one has been showing plenty of love to his fellow Canadians.

One of the most buzzworthy moments from night one happened when Champagne Papi brought out Grammy Award winner Nelly Furtado to perform some of her biggest hits like “Promiscuous” and “Turn Off The Light.” The two also sang her 2002 classic, “I’m Like A Bird” together, pleasing both the audience and the internet.

That wasn’t the only female artist that Drizzy had in store for fans, though. The 35-year-old also recruited “Unpredictable” singer Keshia Chanté, who he just so happens to have a romantic past with.

“This next person coming to the stage, I used to get in my mom’s car and I used to drive all the way to the west for this one right here, you feel me? So I have to personally introduce her,” Drake said ahead of the TV personality’s set. “This is my first girlfriend I ever had in my life,” he added.

As it turns out, Chanté is long-speculated to be the “KiKi” that the Scorpion rapper sings about on “In My Feelings.”

Chanté went on to give a rousing performance of some of her biggest hits, which she’s since commemorated with a photo dump on her Instagram page.

“Legendary Nights in Toronto,” the 34-year-old wrote. “I’ve never seen the city come together like that!! It was everything. A dream only @champagnepapi could make true. The most heartfelt and meaningful introduction I’ve ever had. Aubs I love u for life.”

She continued to praise the 6ix, writing, “Performing songs I dropped in my teen years and hearing you sing all the words, made my soul so happy. Such a beautiful memory I will cherish forever. Toronto you have been riding for me since the very beginning and I am so grateful for the love.”

Check out footage from Keshia Chanté’s 2022 OVO Fest performance below, and tap back in with HNHH later for more hip-hop news updates.