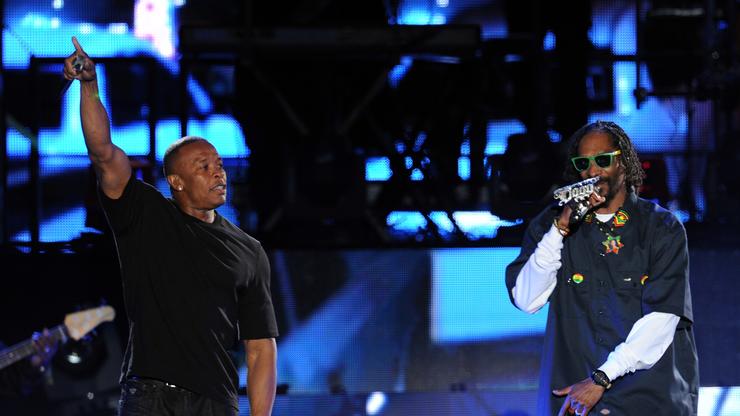 Ever since Jay-Z got involved with the NFL, he’s enlisted some exceptional talent to touch the Super Bowl stage. However, this year, we’ll see hip-hop shine bright at the halftime show after announcing Dr. Dre and Snoop Dogg would be headlining the festivities with Eminem, Mary J. Blige, and Kendrick Lamar set to join them as special guests.

Pepsi unveiled the official commercial for the halftime show today, titled, The Call. Directed by filmmaker F. Gary Gary, the ad brings a superhero flare to the all-star line-up that highlights each artists’ greatest hits. The commercial shows Eminem, Snoop Dogg, Mary J. Blige, and Snoop Dogg getting “the call” from Dr. Dre as they’re locked into their creative zones. Finally, they link up at the SoFi Stadium in Inglewood where they prepare for their epic 12-minute set at Super Bowl LVI.

F. Gary Gary, who has worked on Straight Outta Compton and Friday, has a history with Dre, so it was only right that a filmmaker with roots in L.A. brought this epic commercial to life.

“Each time I collaborate with Dre, it seems to mark an important moment in entertainment history, from projects like Friday, Set It Off, Straight Outta Compton, to now the Pepsi Super Bowl LVI Halftime Show,” said F. Gary Gray.  “As a super fan, I consider it an honor and privilege to authentically build and create this moment with five of the most legendary artists in music history. It’s been a blast!”

Super Bowl LVI takes place on Feb. 13th. Check out the trailer below.