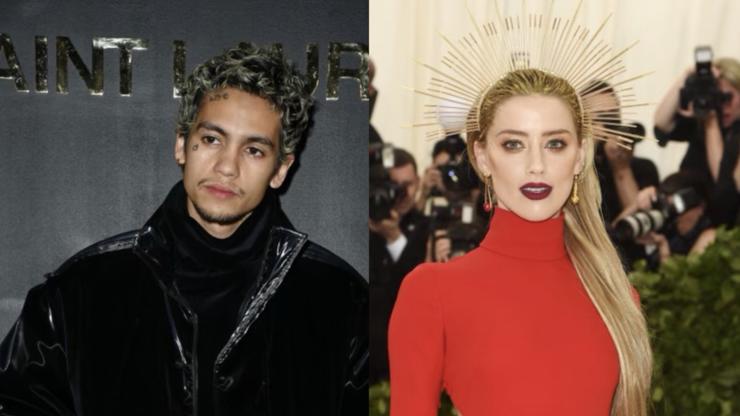 The “Euphoria” actor was performing on stage when he admitted to the crowd that Heard lives in his head rent-free lately.

The endless circulating headlines about the Johnny Depp vs. Amber Heard defamation trial have felt inescapable at times – in fact, it seems they’ve plagued “3 Nights” singer Dominic Fike so much that he’s been having visions of the Aquaman actress, which he opened up about during his performance at Northwestern University earlier this month.

“Yo, I’m just gonna come straight out and say it,” he told the crowd. “I’m gonna say it, I’m gonna be real with y’all,” the Naples native went on before admitting that he thinks Heard is “hot,” although that wasn’t all he had to say about her.

Eventually, Fike clarified that the fantasies he has aren’t exactly of a romantic nature, but rather, a violent one. “[She’s] beating me up,” he revealed to his audience. “I think it’s hot.”

As Page Six notes, once the clip began making rounds on Twitter, users spoke out against the rapper/rocker, condemning him for speaking about Heard in the midst of her trial. “That’s disgusting no matter how you view the trial and a weird thing to say about a potential abuser/victim,” one user wrote.

Others declared the Euphoria star’s career as “over” and pondered why he would “cancel himself like that.”

In other news, just a few days ago Kate Moss testified in court during which she adamantly defended her ex-boyfriend, Johnny Depp – read more about that here, and let us know what you think about Dominic Fike’s eyebrow-raising concert comments below.