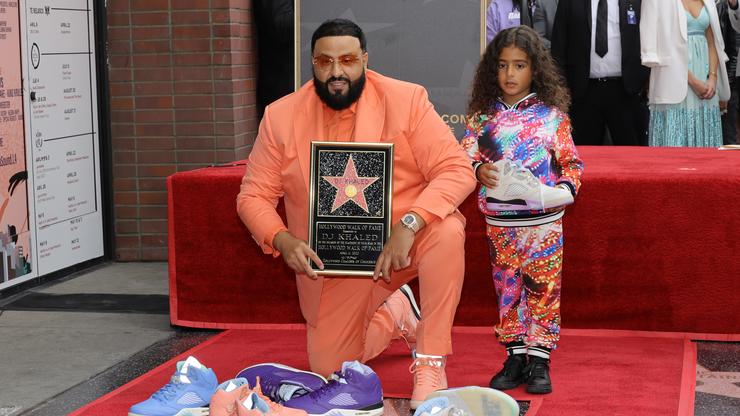 DJ Khaled was trying to impress the Heat with his range.

This past weekend, the Miami Heat began their playoff journey as they took on the Atlanta Hawks in the first round. Game 1 was a very easy win for the Heat as the Hawks had just come off of a play-in win against the Cleveland Cavaliers. At this point, the Heat are considered a threat to win the East, although they have been pretty disrespected despite being the first seed out East.

Having said that, the Heat have a very famous fanbase as there are plenty of celebrities who spend their time down in Miami. One person who has always tried to put on for Miami is none other than DJ Khaled, who sat courtside during Game 1 next to his wife and child, Asahd.

Prior to the game, Khaled got a bit too comfortable as he made his way to the court, where he got himself a ball. That’s when Khaled opted to take a shot from behind the arc, however, he ended up airballing it. Immediately after taking the shot, court security went up to Khaled and kindly asked him to go sit back down as the players were trying to get some shots in. Needless to say, it was a pretty humorous site, all things considered.

Khaled shouldn’t feel too bad about it all as his Heat were able to win the game, regardless. The Heat should finish this series out in just four or five games, however, the Hawks could pose a pretty good fight.

Let us know who you have taking the series, in the comments down below.