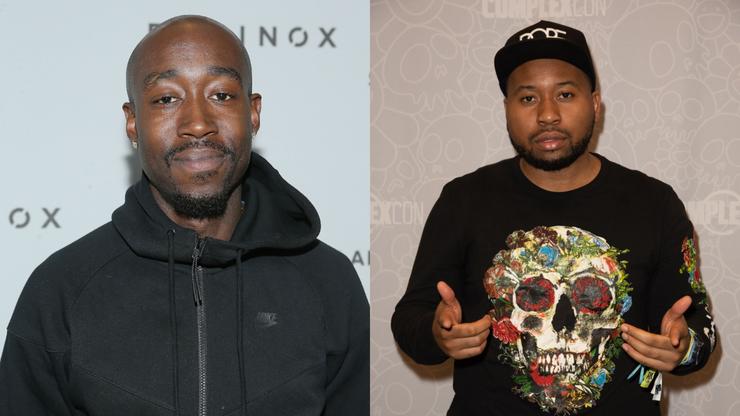 The latest chapter of Freddie Gibbs and DJ Akademiks years-long rivalry has mostly been due to Gibbs’ beef with Gunna. Gunna’s Freddie diss landed on his recent DS4EVER album, and Akademiks had some fun by throwing it in his enemy’s face, mentioning that the project would sell more than any Freddie Gibbs album ever.

DS4EVER is set to sell 144,000 copies in its first week, and land at No. 2 on the Billboard 200 chart behind The Weeknd’s Dawn FM album. On the third song “poochie gown,” Gunna raps that he “can’t f**k with Freddie Gibbs, n****s tellin’ fibs,” and he had tweeted prior to the album’s release that it would be “the biggest moment of his career.”

Akademiks agreed with that sentiment after the sales predictions for the album came in, and tweeted at Freddie yesterday (Jan. 11) to make sure Gibbs knew: “@FreddieGibbs this the biggest first week sales your name gonna be associated with. Thanks to Wunna… he mentioned u. Now drop ya lame ass album and lets see u flop.”

Freddie’s beef with Gunna first began when Freddie called him out for going on the Crime Stoppers news show, claiming that he was a snitch. A Twitter fight ensued between the two afterward, just hours before DS4EVER dropped, and Akademiks piggybacked on Gunna’s fired shots.

The album Akademiks references in his tweet is Soul Sold Separately, which Freddie has been teasing for a while. His most recent collaborative album with producer Alchemist titled Alfredo garnered 30,000 first week sales, so Akademiks is likely correct that he won’y be able to eclipse Gunna in album sales with SSS.

However, Freddie Gibbs music has never been geared towards a mainstream rap audience, so it’s unlikely Gibbs cares that much about his commercial sales numbers.