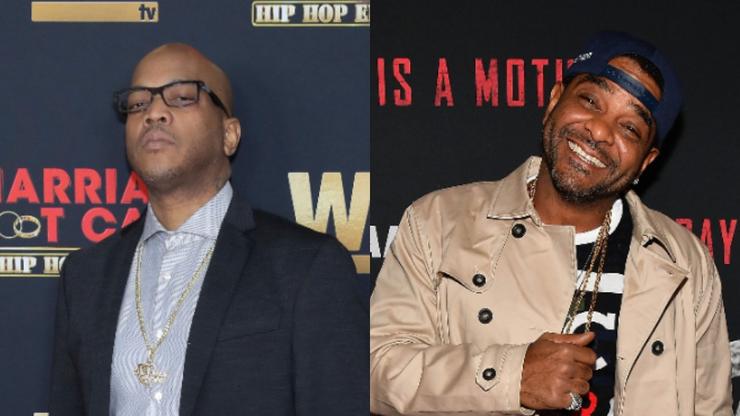 Styles P responds to Jim Jones claiming MSG is “Capo’s House” ahead of The LOX and Dipset’s “Verzuz” at Madison Square Garden.

Everyone is back outside and for New York City — the city that never sleeps — it means that things can return to some sort of normalcy. But, it also means that people can celebrate being able to actually be outside without fearing entirely fearing COVID-19. Verzuz was among the few good things to emerge during the pandemic but they’re bringing it out of the virtual space and into arena-size spaces.

At the top of August, Dipset and The LOX will be facing off against each other at the Garden for a massive spectacle. Given their statuses as two of the most iconic rap crews to emerge from the Big Apple, the outcome of this particular battle will determine who, between the Yonkers group and the Harlem collective, reigns supreme in the city.

Of course, there was bound to be some notable shit-talking that seemingly kicked off with Styles P. “If you got us losing you can’t be thinking about lyrics because when it comes to that…. no one is in position to challenge out expertise,” he wrote on Twitter. “Comes to songs?? How we gonna lose?!! Love them but nahhh!!!!,” he added in another tweet.

The braggadocious claim surfaced on Styles P’s timeline. The LOX rapper was sitting in his pool with a lighter in hand when he firmly addressed Jim Jones calling the Garden his house. “What the fuck is y’all talkin’ about, man? I can’t wait. It’s like jail, man. You know how a n***a think it’s his house? ‘Til another n***a get in the house? Yeah, that’s what the fuck is gonna happen. I love Jim but it ain’t his fuckin’ house. Not on the 3rd, not Madison fuckin’ Square Garden,” he said before adding, “You know, I love Dipset, too.”

“I always thought to fuck with us, you would’ve had to basically put Nas and Hov’ together and bring Big back from the dead,” he said.

Check out Styles P’s post below. Who do you think is holding down the Garden on Aug 3rd? Let us know in the comments.