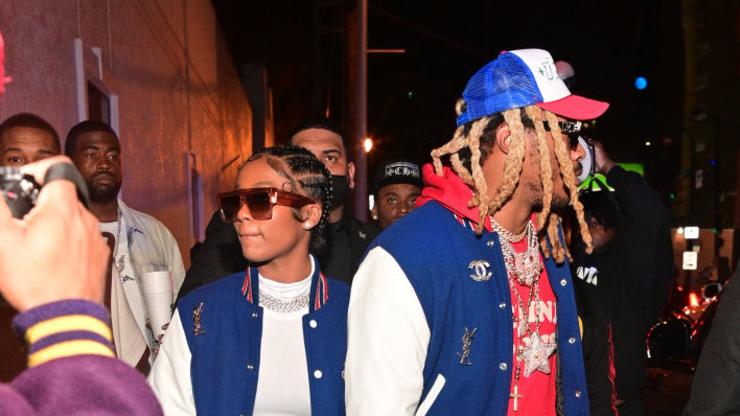 Future and Dess Dior spark marriage rumors after they were spotted wearing traditional formalwear over the weekend.

It sure looks like Future and his rapper girlfriend Dess Dior may have tied the knot over the weekend, or at least pictures from their New Year’s Eve party seem to suggest as much.

Future‘s personal life has long been under the spotlight. Known to some as rap’s villain, Future is seemingly a pretty toxic individual, becoming the face of a few popular memes because of his relationship history. The 37-year-old is rumored to have eight children by eight different women, but that count isn’t confirmed. These days, he’s been spending his time with Dess Dior, an up-and-coming rapper out of Savannah, Georgia who is fifteen years younger than him. After she was spotted with a gigantic ring on her left hand’s ring finger, many of their fans were under the assumption that they were engaged to be married. So, after they were seen in what appears to be a traditional wedding gown and tuxedo over the weekend, some are thinking that the couple got married.

According to new pictures circulating on social media, Future and Dess Dior were dressed to the nines on New Year’s, possibly tying the knot as Dess Dior rocked a gorgeous white gown, that definitely looked like a wedding dress, and Future wore a tuxedo.

Recently, Future was romantically involved with Lori Harvey, who appears to be moving on with Michael B. Jordan. You may recall, the couple was often wrapped up in these sorts of engagement/marriage rumors as well.

From these pictures and videos, do you think Future and Dess Dior secretly got married?