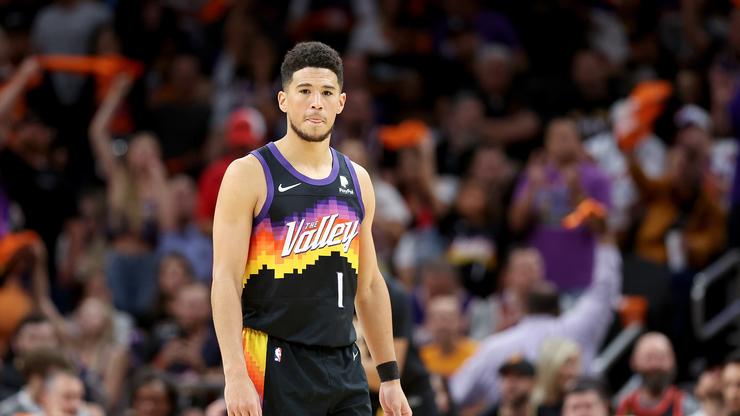 Devin Booker is one of the best players in the entire NBA, and in the eyes of some NBA analysts, he should have been considered for the league MVP award. In the end, however, Booker was overlooked as his success was also attributed to Chris Paul. Together, Paul and Booker turned the Suns into the clear-cut favorite to win the NBA championship, and going into the playoffs, everyone saw them sweeping the New Orleans Pelicans.

Last night, things took a negative turn for the Suns as Booker hurt his hamstring in the third quarter. The Suns’ star had scored 31 points in the first half but had to be taken out of the game due to the pain in his leg. The Suns went on to lose the match, and fans were immediately flung into a state of panic over Booker’s condition.

According to Adrian Wojnarowski of ESPN, Booker has a mild strain on his right hamstring. As a result, he is now “unlikely” to play in games 3 and 4 of this series. He’s not being ruled out of the series entirely, however, it is a possibility that Booker could miss a potential Game 7 if it goes that far. Needless to say, the Suns are in a bit of trouble as the Pelicans look to play spoiler against a heavily favored Suns team.

Booker’s injury status remains a developing story right now, so stay tuned to HNHH for all of the latest news and updates from around the NBA world.