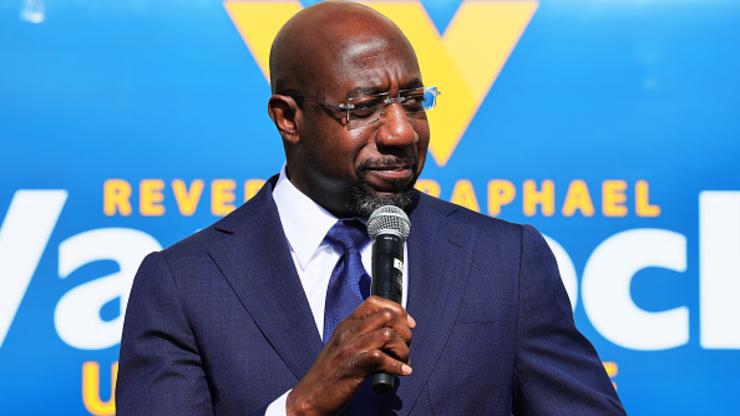 This win for the Democrats will put a Senate majority within reach for the party.

After winning control of the White House when president-elect Joe Biden and Vice President Kamala Harris were crowned the winners of the 2020 Presidential election, the Democrats are continuing their winning streak. Yesterday, Biden pitched to Georgia voters that if Democrats won the election in Georgia, Americans would be likely to receive a third $2,000 stimulus check. In the between Democrat Raphael Warnock and Republican Kelly Loeffler, Warnock has won the run-off election, defeating the incumbent and becoming the first Black senator in the state’s history.

Warnock is a pastor who spent 15 years leading an Atlanta church. The win comes as a particular sting to Trump, who visited Georgia to make one final bid to Republican voters to support Loeffler and the other Republican candidate David Perdue.

While the close race between Democrat Jon Ossoff and David Perdue continues for the second Senate seat, if the Democrats do win the seat, they will control the presidency, the House, and have an evenly split Senate. In the case of a tie, VP Kamala Harris is will serve as a tie-breaker.

Warnock’s victory in the state is quite impressive and a symbol of a shift in Georgia politics as the number of diverse, college-educated voters exercise their power. This was also seen in the November presidential election when Joe Biden won the state, becoming the first Democratic presidential candidate elected by the state since 1992.

“The other day, because this is America, the 82-year-old hands that used to pick somebody else’s cotton picked her youngest son to be a United States senator,” said Warnock, 51, describing his victory. “Tonight, we proved with hope, hard work and the people by our side, anything is possible.”

Congratulations to Warnock, and we’ll keep you updated on the results of the run-off for the second seat.