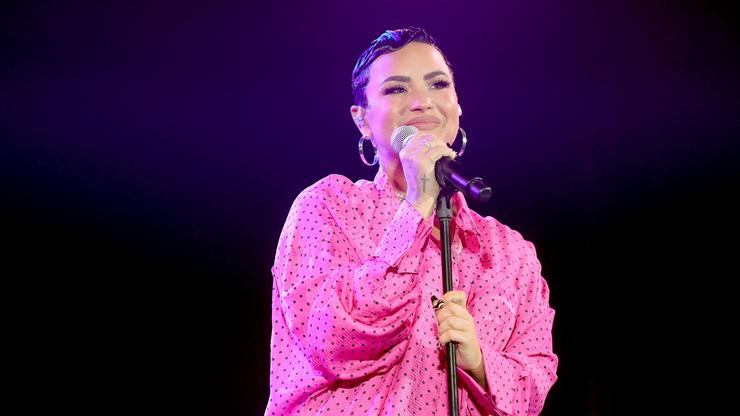 Months ago, Lovato announced that they are non-binary and would now use “they/them” pronouns.

Weeks after Lizzo stood up for Demi Lovato when a paparazzo used the incorrect pronouns to describe the Popstar, Lovato has returned to set the record straight. Months ago, Lovato announced that they are non-binary and “will officially be changing my pronouns to they/them moving forward.” Earlier today (July 13), Demi issued a statement about their pronouns, revealing that they, too, don’t call themselves by “they/them” all of the time.

“If you misgender me – That’s okay [praying hands emoji],” they wrote on their Instagram page. “I accidentally misgender myself sometimes!”

“It’s a huge transition to change the pronouns I’ve used for myself my entire life,” they continued. “And it’s difficult to remember sometimes! As long as you keep trying to respect my truth, And as long as I remember my truth, The shift will come naturally [heart emojis] I’m just grateful for your effort in trying to remember what means so much to my healing process [praying hands emoji].”

Lovato added in the caption that they “felt the need to post this” because the “change in pronouns” is often “confusing for some” while also being “difficult to remember for others.” Although they’re giving people grace, Lovato believes it is still “important to me that you try.”