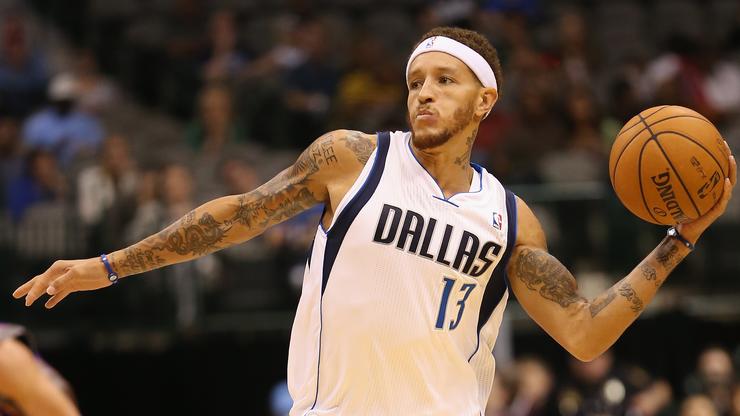 In addition to the LeBron comments, Delonte West was also shouting homophobic slurs.

Last week, Delonte West was brought to the Palm Beach Country Jail in Florida after being arrested by police. West was seen in a drunken stupor near Boynton Beach where he was banging on the doors to a police station. Throughout the incident, West was shouting obscenities and was eventually detained before being charged with obstruction/resisting without violence, open container, and disorderly intoxication.

It was a sad development for the 38-year-old former NBA player who seemed to be on the road to recovery since his previous incidents. In fact, Mavericks owner Mark Cuban was able to get West into a rehab center, and eventually, the former star even got himself a job. The incident from last week now has many fans worried about his health going forward.

Today, police revealed the body cam footage from the incident, and according to TMZ, it was quite sad to watch. As you can see in the clip below, West can be heard using homophobic language, while also claiming that he is the President. From there, he even took shots at LeBron James and Michael Jordan, saying “N****, I was better than LeBron James. I’m better than Jordan. I was the best n**** to play every sport. Shut the f*** up!”

Overall, it is a very sad situation and we hope West is able to get some help following the incident. He is now set to go to court next month.