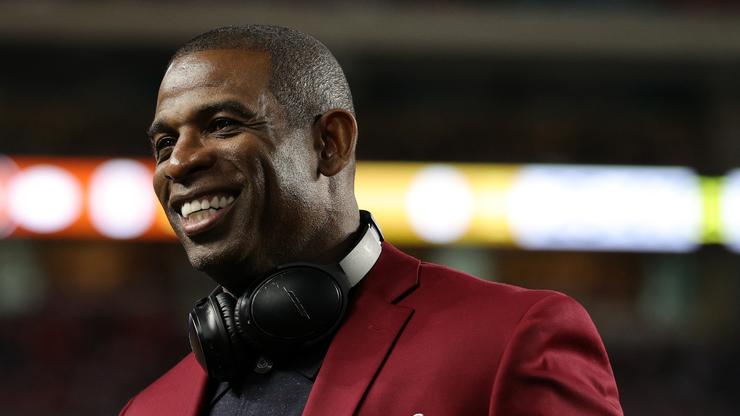 Deion Sanders wants his team to know what they can expect out in the real world.

Brittany Renner has made quite the name for herself over the last few years, however, it isn’t always for the best reasons. Of course, everyone now knows her situation with PJ Washington, which led to a pretty public falling out. These days, Renner has become quite the provocateur online, and this always seems to rub people the wrong way. In fact, at times, some have likened her to a predator, as she is ruthless with how she operates with young men.

Her reputation is so powerful at this point, that she is now giving speeches to college football teams. Recently, Deion Sanders brought Renner to Jackson State University, where she got to speak with the football team. Throughout the talk, Renner spoke about how a lot of women think these days, and how it ultimately relates to men.

In his Instagram caption, Sanders noted that he did this to educate his team, as he wants to make sure they never get into a negative situation with a woman. Needless to say, Renner is giving these men the blueprint on how not to get caught up.

“It’s my responsibility as a Coach to prepare my young men for any and everything on the field and off,” Sanders wrote. “I brought in @bundleofbrittany to educate them on how the game is played between man & woman at their age & stage. The message may not be for everybody but trust me it’s for somebody.”

Many of the players seemed receptive to the speech, and one player was even taking notes. They know that it’s a cold world out here, and with the world at their fingertips, it’s important to not get caught in a terrible situation that could follow you for a very long time.

Give us your thoughts on Sanders’ coaching tactics, in the comments section down below.