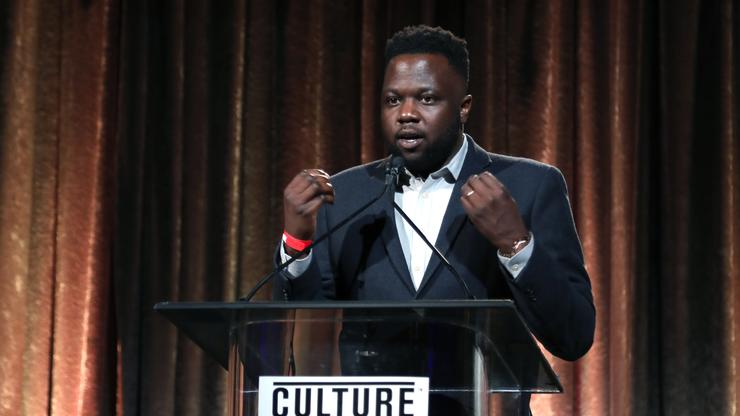 Tunji Balogun, formerly executive vice president of A&R for RCA, is on his way to Def Jam Records to run the show as its new CEO. In his previous role at RCA, he was heavily involved in the signing of superstar acts like Normani, Khalid and Bryson Tiller. He joined RCA in 2015 after spending more than seven years at Interscope Records.

Balogun also co-founded the Keep Cool record label as a joint venture with RCA. Beginning as a marketing intern at Warner Brothers Records, the Nigerian American label executive clearly has walked a storied path in the music business, and is taking the next step in assuming control of Def Jam as CEO.

Following the departure of former Def Jam CEO Paul Rosenberg – who is best known for managing artists like Eminem and associating with acts like Blink-182 and Action Bronson – in 2020, the label had been run in the interim by Jeffrey Harleston, who also serves an additional role as general counsel and executive Vice President of business and legal affairs at Universal Music Group.

Def Jam currently boasts a star-studded roster of artists, which includes the likes of Justin Bieber, Kanye West,  Jay-Z, Rihanna, Big Sean, YG and Logic, among many more. The roster has been built drastically over time since the label’s establishment 35 years ago in 1984. Along with Balogun’s appointment as CEO, the label has also appointed veteran Nicki Farag as its executive vice president and general manager. This announcement follows the June appointment of rap legend Snoop Dogg joining the label as executive creative and strategic consultant.

A formal announcement of Balogun’s hiring is said to be coming shortly.

Def Jam Records, along with the rest of the hip-hop community, is anxiously awaiting the release of DONDA, Kanye’s tenth studio album. Check out an image from last week’s Atlanta listening party below.

What do you think of Def Jam’s new CEO? Does his roster of signees in the past inspire confidence about his upcoming work as the label’s President? Let us know in the comments below.