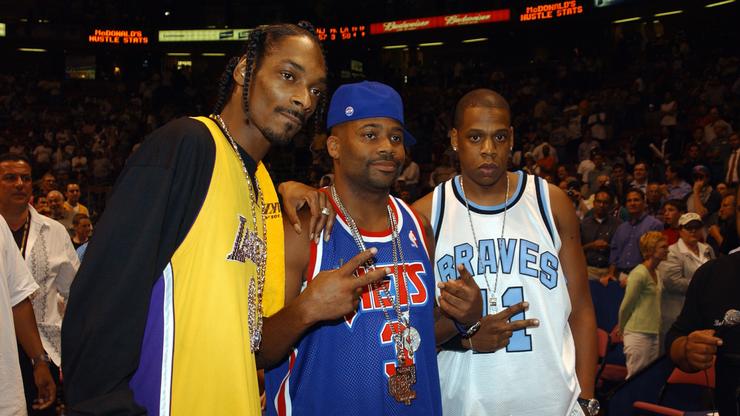 A lot has changed since the 90s, yet so many other things have stayed the same. For instance, Jay-Z and Damon Dash are no longer friends, however, beef between old pals is nothing new. The tension between Jay and Dame has been on and off for over a decade now, and at one time it seemed like they had squashed everything.

That definitely wasn’t the case. As we reported, Dame was sued by Jay’s camp after the former allegedly tried to sell Reasonable Doubt an NFT. Dame says those claims are false, and that he was trying to sell his stake in the company instead. However, a judge sided with Jay, and all clarified that Dame was trying to sell an NFT. The entire back and forth has gotten out of hand, and Dame spoke with HHDX about the exchange.

“From my perspective, it feels like this was all done to devalue this asset,” he stated. “I just don’t understand why. What’s odd is that they knew I was only trying to sell one-third, but they’re trying to say I tried to sell the whole thing. But we all know that that’s not the case, so why do they keep saying it? The question is, why is it such a big deal? Why is everyone so scared for me to sell my one-third?”

“Honestly, I think this is corny,” Dame continued. “If there’s an issue, just call me. Why do I have to hear it? Why do I have to get sued? Biggs, Jay, call me and tell me what the play is but if you swing on me, I’m going to have to swing back. And when I say that, I’m saying now that I’m looking under the hood, it looks crazy, but I just do believe that I don’t need all of this. I’m trying to live my life. I’m the guy that’s always saying this is what they want us to do. They want us culturally to fight each other for them while they watch us and that’s exactly what’s happening.”

Dame didn’t stop there, he went in on Jay’s lawyer next. “Alex Spiro literally tried to colonize my company — like come in, try to tell us what to do and tell us what he’s going to do with it,” Dame declared. “And it’s not his company. This is a Black-owned company, three Black men started this. And I am the CEO and director, always have been. I think the issue is that Jay is getting confused. He’s the boss of his Roc, whatever, but I’m the boss of Roc-A-Fella, Inc. I am the director. I am the CEO. And if you can show me something that can say otherwise, I’d like to see it. I don’t think that’s ever been disputed.”