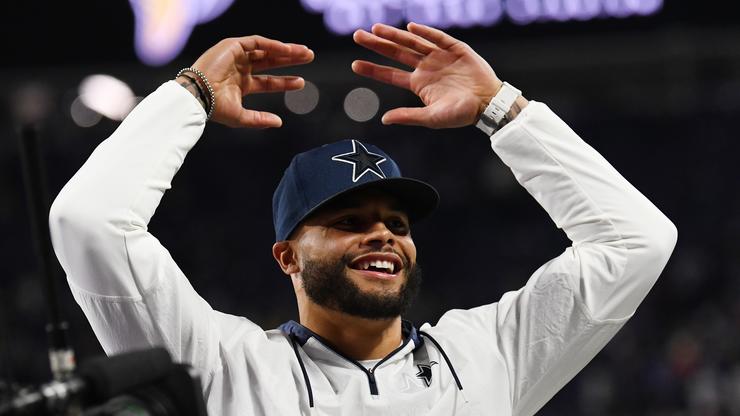 Even without Dak, the Cowboys were able to keep their win streak alive.

Dak Prescott was hoping to be back in time for last night’s game against the Minnesota Vikings, however, the Cowboys felt like his calf injury was still a problem. As a result, the team decided to start Cooper Rush, who have very little in the way of experience heading into the game. Regardless, the Cowboys were able to come through with the win as Rush notched the team’s sixth win in a row. It was a fantastic game for the team, and now, they continue their ascent in the NFC.

After the game, Prescott got to speak about Rush’s season debut and what he thought of the young Cowboys QB. As Prescott explained, Rush is a guy who is full of poise and they never doubted him for a second throughout the game.

“That’s Coop. He’s very mild-tempered and always that way, never too high or too low,” Prescott said. “It showed tonight. It allowed him to stay in there, stick to it, stick through some bad plays and come out and make some great plays to win the game that we needed in 4th quarter.”

Heading into next week, the belief is that Prescott should be good to go although on the off chance that he isn’t, at least the team knows that Rush can answer the call.