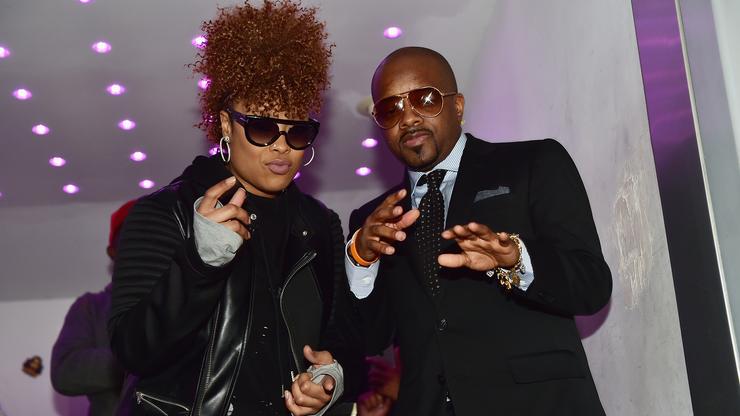 The rapper admitted that at the beginning of her career she wanted to be the third member of Kris Kross as other women were showing “T ‘n A.”

The tomboy look was the style back in the 1990s and early 2000s for many women entering the R&B and Hip Hop arenas. We saw artists like Aaliyah, Missy Elliott, Mary J. Blige, and Left Eye interpolate streetwear with sex appeal, and while oozing sensuality wasn’t at the top of Da Brat‘s list at the time, she is still grateful that she was given the opportunity to express herself as she saw fit.

In a recent interview, Da Brat took a walk down memory lane, revealing that So So Def founder and her longtime friend Jermaine Dupri didn’t force her to strip down like many of her peers or change her look to boost sales.

“I had my pants backward, cut a hole in my baseball cap, stuck my ponytail through it — I wanted to be the third member of Kris Kross,” Da Brat explained to HipHopDX. “So I’m grateful that I had a producer like Jermaine Dupri who did not try to change me and say, ‘Hey, in order for you to be famous or sell records or become somebody, you need to show your [t*ts and ass].’ So I am blessed that he let me be myself, I blended right in with them.”

“I was a tomboy back then,” Brat continued before speaking about her sexuality. Last year, the rapper came out as gay and has been planning her wedding to fiancée Jesseca Dupart. “I didn’t know I was into girls back then, I just thought I was a tomboy. I was never attracted to women until around maybe eighteen. So, yeah. And I’m grateful that I have someone now who shows me how to be a better person.”

Brat and Dupart put their romance center stage on their WeTV reality series, Brat Loves Judy. You can check out the trailer for the show below.