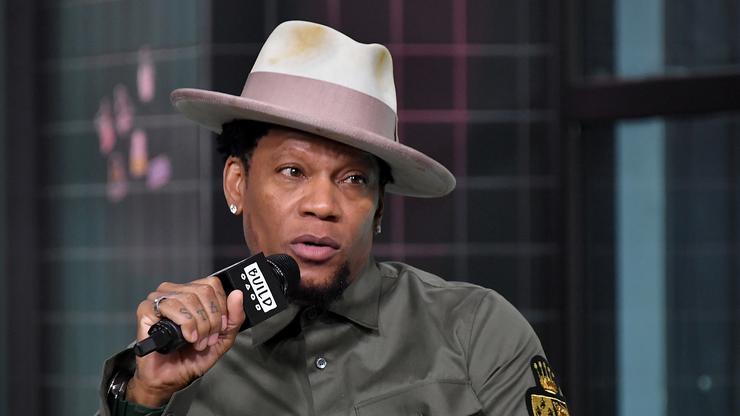 He gave his take on what happened and questioned why Mo’Nique bashed him, his wife, Steve Harvey, and more. He added he didn’t even talk to her.

The ongoing spat between D.L. Hughley and Mo’Nique caused mayhem over the weekend as social media users refreshed their timelines to get the latest. As the story goes, the two comedy icons were performing together in Detroit but it seems as if there was some sort of dispute over who was headlining the show. A clip of Mo’Nique taking to the stage to berate Hughley went viral, and he responded by questioning why she had a problem with him if she was upset over her contract.

As they both pulled their receipts to prove their sides of the story, Hughley quelled discussions after showing his contract was issued the day after Mo’Nique signed hers. He also called her out for showing the contract from her company and not the final one from the promoters.

The fight itself was a disappointing look altogether, especially considering that Mo’Nique recently reportedly landed a new gig on one of 50 Cent‘s shows. For years, Mo’Nique has claimed that she was blackballed from the industry, but this recent back and forth showed Hughley convinced that she is the person making things difficult.

He went on to elaborate his point on his radio show where he questioned Mo’Nique’s methods. Hughley said that he’s worked hard to get to the place he’s at—a place where he gets to dictate who he works with and where he works. He said that he has been offered several gigs to work with Mo’Nique around the country over the years, but he “turned them down.”

“I didn’t think it would work,” revealed Hughley. After several people convinced him that “things were different” now, Hughley said that because Mo’Nique has never done anything to him, it would be wrong of him not to “give [her] a chance.”

“She hasn’t once talked to me. I haven’t seen Mo’Nique in years. I didn’t see her at the venue before, after, or during—I haven’t spoken or seen Mo’Nique,” said Hughley. He asked why, if Mo’Nique was upset about a contractual dispute, she got on stage to speak about him, his wife, Steve Harvey, his family’s support dog, and more.

Hughley also broke down what he sees as Mo’Nique’s faults and why he claims she’s standing in her own way. Check it out below.