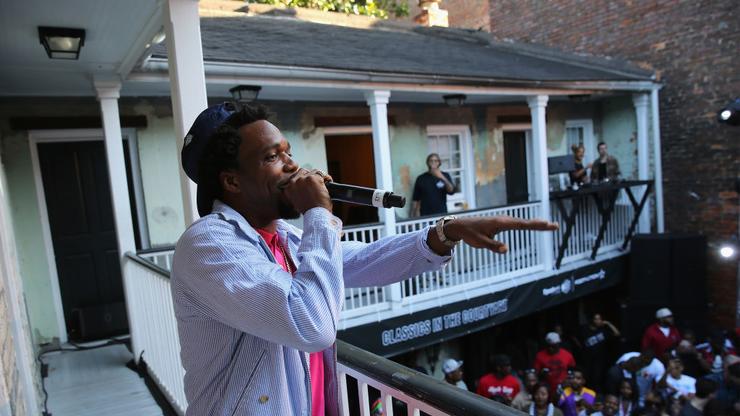 Since coming into the game in 2002, the now-40-year-old New Orleans native has been releasing music at a clip paralleled only by Lil Wayne. And over the past couple of years, even Weezy can’t see Spitta Andretti when it comes to sheer volume.

This August, Curren$y revealed his plans to release seven projects of varying lengths before the end of 2021, and up until today, he was right on schedule.

Dropping Highest In Charge in August, Matching Rolexes in September, both Still Stoned on Ocean and Regatta in October and Land Air Sea at the end of November, Spitta was unloading the clip on the rap game and blessing fans with a new project what felt like every other week. Unfortunately, it was revealed today that the Alchemist-produced mixtape Half Moon Bay, arguably the most highly-anticipated project of the seven, had been delayed until 2022.

“Al wants to wait until next year y’all…. that’s my brother so I’m already in the car sliding with him on whatever he wants to do,” Curren$y captioned a photo of he and Al. “Dont trip we got y’all covered.”

While the Half Moon Bay delay was met with a level of disappointment, Curren$y was not lying when he said he had us covered.

Minutes after announcing the delay, Spitta posted a snippet from his long-awaited Pilot Talk 4 mixtape.

Rapping over Ski Beatz production (Ski Beatz has handled the majority of the Pilot Talk mixtape series), Curren$y spells out exactly why he’s able to release music at such a rapid pace, and seemingly always has another project in the chamber, ready to go.

What do you think of Curren$y previewing Pilot Talk 4 almost immediately after delaying Half Moon Bay? Check out the new snippet here and let us know down in the comments.