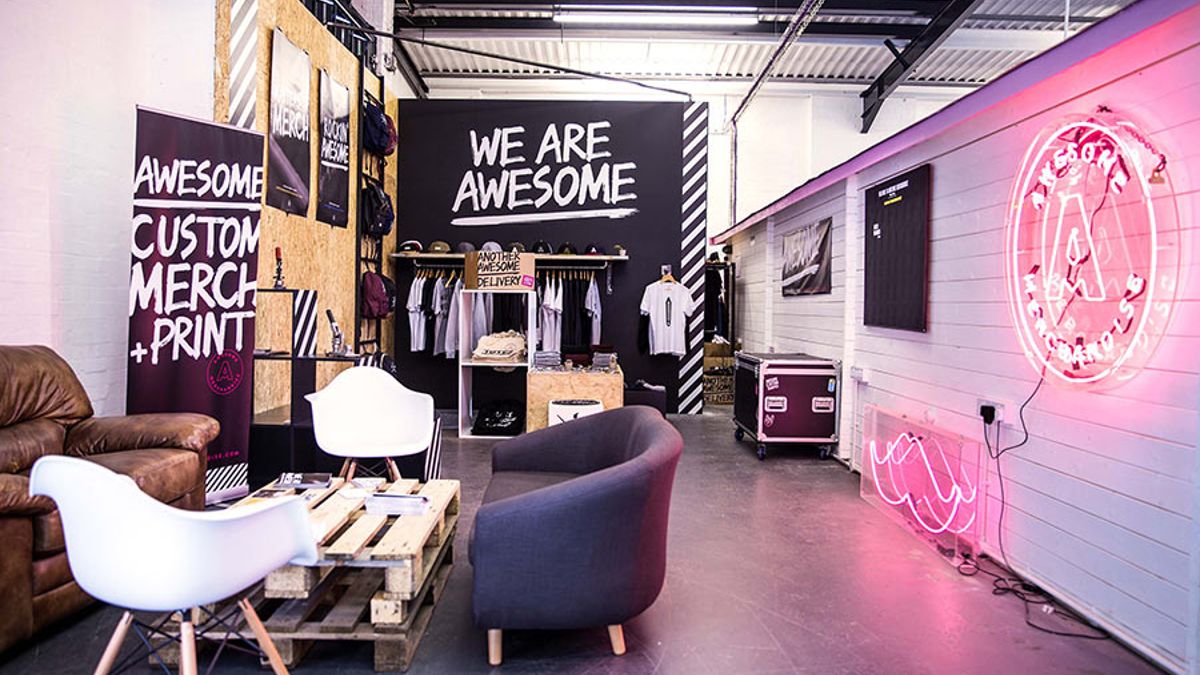 More than 1,000 investors are set to lose $750,000 collectively as Awesome Merchandise in the UK enters bankruptcy.

The Leeds-based merchandiser previously raised £654,000 from 1,064 investors via the crowdfunding platform, Crowdcube. Awesome Merchandise entered administration yesterday, the UK equivalent of bankruptcy. The business was immediately sold to a newly-established business called Print.Inc Group Ltd. The only director of this new company is Luke Hodson – who founded Awesome Merchandise in 2009.

All of Awesome Merchandise’s business and assets have been sold to the new company. According to administrators, all 94 employees in the company’s Leeds-based office will move as part of the sale. Interpath Advisory says the decision to put the company into administration came down to its reliance on live music and events. Hodson told investors on Crowdcube that the move allows the factory to remain open and for customer orders to be fulfilled.

“I am deeply sorry that I was not able to carry Awesome Merchandise and its investment from the Crowdcube community to a successful exit or return on investment,” Hodson told his community of investors on the Crowdcube platform. “Many investors big and small are close friends and family. Many others are long-term customers, partners, and suppliers. Awesome Merchandise has been the almost sole focus of my life for 17 years.”

“There are a lot of factors that contributed to the administration and a more detailed report will be made by the administrators,” Hodson says. When Crowdcube investors began pushing back on the initial statement, Hodson says he didn’t simply ‘buy back’ the company.

“Despite what is being said, I didn’t simply ‘buy back’ the company with my own funds. Over the years, other than the Crowdcube raise, nearly everything generated by Awesome has been re-invested into the business. The UK business in reality saw virtually £0 of the Crowdcube raise because it was profitable and self-sustaining pre-pandemic.”

“The funding for the new company cam externally from family, after every other avenue had been exhausted. I am extremely grateful that my family helped at the last minute to give a chance for me to continue working in an area I am passionate about and I believe I have helped benefit the UK print and creative markets on the whole. The belief my family has shown, ultimately has helped to save over 90 people’s jobs.”

Crowdcube investors won’t see any return on their initial investment because the company entered administration, as confirmed by Interpath. “Crowdcube funders as equity investors will not form part of the unsecured creditors,” an advisor told the Yorkshire Post.