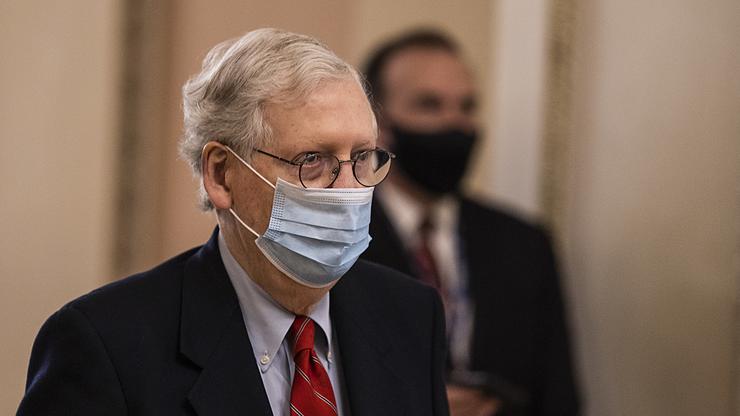 Congress had finally agreed on a $900 billion coronavirus relief package.

Congress has officially agreed on the $900 billion COVID-19 relief deal that has been in the works in recent weeks. The bill includes stimulus checks, increased unemployment benefits, and more.

“We can finally report what our nation has needed to hear for a very long time: More help is on the way,” Senate Majority Leader Mitch McConnell said, Sunday, confirming the deal.

Despite much-needed, and hard-fought-for, direct payments being included in the bill, many are saying that a $600 one-time payment is still far too little to make up for months of unpaid rent, especially considering the United States is among the wealthiest nations in the world.

House Rep. Ilhan Omar celebrated the announcement on Twitter, Sunday night: “Two weeks ago, direct payments were not even on the table. We organized nearly 60 House members to demand them and @BernieSanders did the same in the Senate. When we retire Mitch, we can organize and deliver on the demands of people.”

Earlier this week, Senator Bernie Sanders reaffirmed that getting the bill passed is critical, but Americans deserve more than $600:

It is good news that the latest COVID-relief proposal now includes direct payment to every working-class adult and for each of their kids. But at a time when we are facing the worst economic crisis since the Great Depression, Congress must do more.