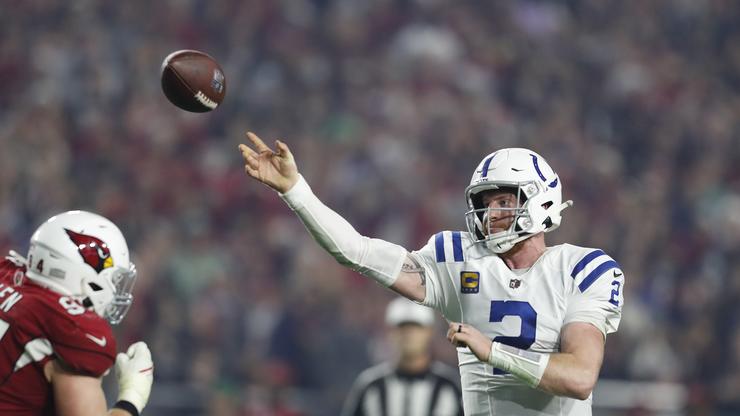 The Colts have activated Carson Wentz in time for their matchup with the Raiders.

The Colts activated quarterback Carson Wentz off of the reserve/COVID-19 list on Saturday, making him eligible for the team’s important matchup with the Las Vegas Raiders on Sunday. Under prior COVID-19 rules, Wentz would have been unable to play.

Wentz, who is unvaccinated, tested positive for COVID-19 earlier this week and would have been forced to miss a mandatory ten days. However, as the NFL changed its protocol shortly afterward, the minimum time Wentz had to be held out for was reduced to just five days.

Before the team was confident they’d have Wentz back in time, Colts head coach Frank Reich admitted that he had called former NFL quarterback Philip Rivers to see if he’d be available to fill in.

“Yes, I have talked to Philip,” Reich told the Indianapolis Star. “You guys know that. I’m close to him. We’ve talked all year long. I’ve kind of followed his coaching career, talking about his high school team that he coached. I did talk to him fairly recently, and he was on a Christmas vacation with his family. I have talked to him about our situation here, but there’s nothing further to report.”