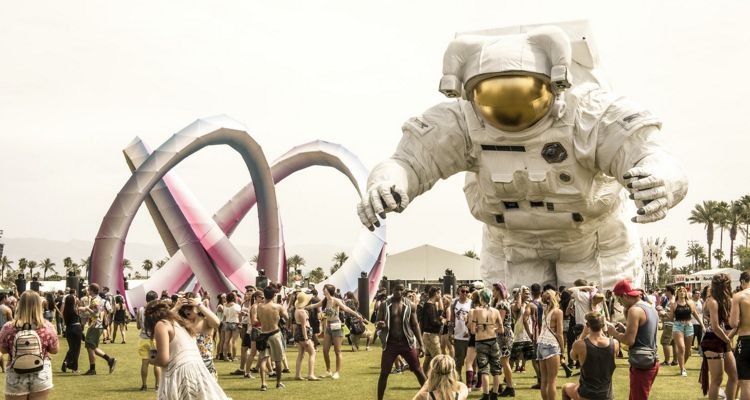 AEG Presents’ Goldenvoice has inked a livestream deal with NoCap, naming the concert platform and promoter “the preferred streaming partner across Goldenvoice’s portfolio of venues.”

Founded last year by musician and producer Cisco Adler, NoCap announced its “strategic partnership” with the Coachella and Stagecoach organizer Goldenvoice today. Under the deal, the involved companies are set to “develop an innovative streaming strategy as a complimentary additive to Goldenvoices’ existing in-person business,” utilizing NoCap’s technology to livestream (traditional, crowd-based) gigs.

NoCap’s concise release doesn’t appear to identify the agreement’s timetable or logistical specifics – including when fans will be able to livestream Goldenvoice concerts. But NoCap has hosted shows from acts including Weezer, the Foo Fighters, Machine Gun Kelly, and Travis Barker, to name some. The AEG Presents subsidiary, on the other hand, has many concerts in the works, according to its website, including events at Goldenvoice-operated venues like The Warfield, The Fonda Theatre, and The Novo.

Of course, more than a few livestream platforms – such as Driift, StageIt, LiveControl, Dreamstage, Veeps, Mandolin, and VenewLive – have made headlines since the pandemic’s start. And now, as in-person concerts and music festivals continue to resume, a growing number of organizers (as well as livestream services) are looking to build upon existing infrastructure and sell tickets to fans who are interested in watching live events over the internet.

Live Nation – shares of which are up over 68 percent from mid-November of 2020 – purchased a majority stake in the aforementioned Veeps (which Good Charlotte co-founders Joel and Benji Madden created) to kick off 2021, for instance. Then, the Ticketmaster parent company in April announced plans to install livestream equipment at north of 60 of its venues, affording artists the option of broadcasting “their event with the flip of a switch to fans across the world.”

More recently, in terms of crowd-based live music offered to fans via the internet, Insomniac’s Electric Daisy Carnival (EDC) last month became “the first music festival to be held on Roblox.” Over 50 acts performed in the virtual universe as part of the agreement, and organizers also created digital merchandise and mini games.

Perhaps the most significant component of the joint initiative was the unique makeup of the audience at hand, which contrasted that of EDC Las Vegas proper. While EDC 2021 attendees had to be age 18 or older, Roblox stated in a regulatory filing ahead of its IPO that “54% of our users were under the age of 13” during the nine months ending on September 30th, 2020. Especially because the 2022 concert calendar is rather filled, it’s worth monitoring the commercial performance of efforts to bring live gigs to fans who cannot attend in person.