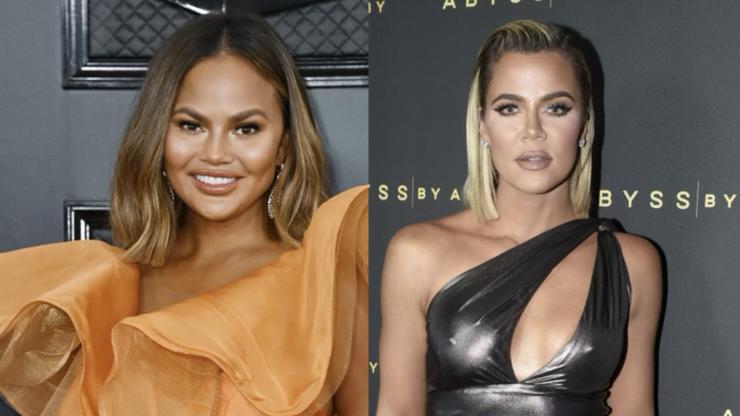 Khloe Kardashian has been accused of “stealing” other people’s faces in the past, but this time around, it looks like someone is copying her look.

On Sunday, January 2nd, Utah-born model Chrissy Teigen dropped off a glamorous selfie, showing off her haircut by Luke Pluckrose and makeup by Nikki Wolff, and while some followers focused on how great the mother of two looks, others couldn’t help but point out that she looks almost freakishly similar to the Revenge Body star.

“Fresh cut! I know I know snip snap snip snap,” Teigen captioned her selfie, which sees her wearing a brown and black plaid coat as she smizes for the camera, highlighted hair perfectly straightened and smokey eye beautifully blended.

One viewer dropped off a comment reading, “anyone else thought she was Khloe at first glance?” earning thousands of likes. Others have written things like “looked like Khloe Kardashian when I looked quickly,” and “is this the Khloe Kardashian filter?” also getting them plenty of attention.

Over on Twitter, the conversation got a bit deeper, with some users pointing out that this seems to be a classic example of “Instagram face,” pointing out that, thanks to programs like FaceApps, influencers and celebrities who have mass power over their followers are able to seamlessly edit their face and bodies, passing them off as authentic and achievable to fans who are none the wiser.

Elsewhere on her Instagram page, the Deal or No Deal alum gave her 36.4 million followers an update on her eyebrow transplant, which saw doctors take hair from the back of her head and add it to her face; read more about that here, and let us know what you think about Chrissy Teigen’s “new” face in the comments.