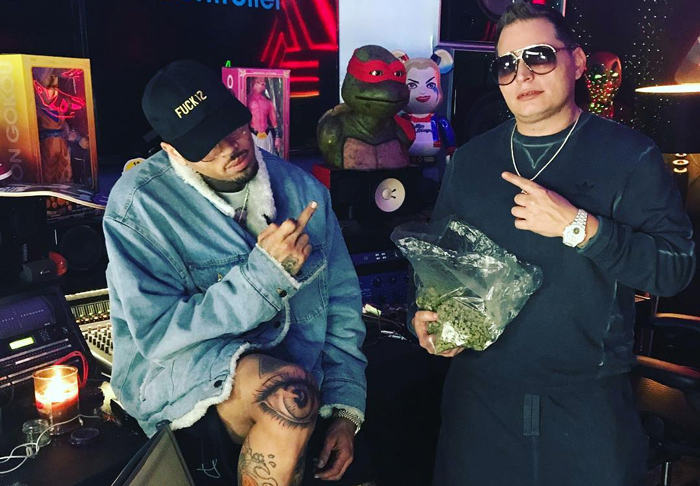 Chris Brown and Scott Storch are cooking up more fire.

The R&B crooner and super-producer recently reunited in the studio. Posing for a photo with a bag weed in his hand, Storch revealed that new music is on the way.

Storch and Breezy have enjoyed success in the past. Throughout the years, they’ve collaborated on tracks including “Run It!,” “Gimme That,” “Nice,” and “Shattered,” among others.

Brown has been on a prolific run late. He has already teased multiple new tracks, including a joint mixtape with Jacquees. Up next, he is set to join Remy Ma on her new single “Melanin Magic (Pretty Brown),” which drops Friday (Jan. 19).