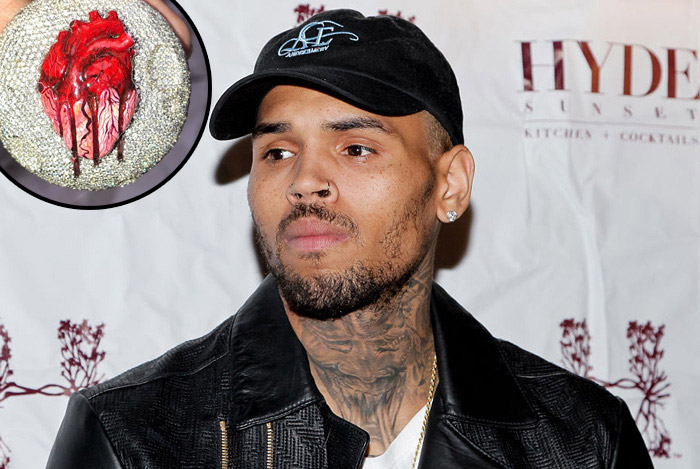 Chris Brown is shining. To celebrate last year’s double album Heartbreak on a Full Moon, the R&B crooner gifted himself with an iced-out chain and pendant.

The sparkly piece features the album cover’s bleeding heart over the moon, a play on the title. Adding to its realistic qualities, the veiny heart even has a sheen to it.

Jeweler to the stars Elliot Anne was responsible for the chain. In the past, he’s also created pendants for Travis Scott, Migos, Metro Boomin, Lil Uzi Vert, Big Sean, Future, Playboi Carti, and Cardi B. Last year, Brown went to Anne for a special piece designed to look like his French bulldog, which he placed around the puppy’s neck.

Brown is also shining in the studio. He can be heard on Remy Ma’s latest single “Melanin Magic (Pretty Brown),” and has teased collaborations with Scott Storch and a mixtape with Jacquees.