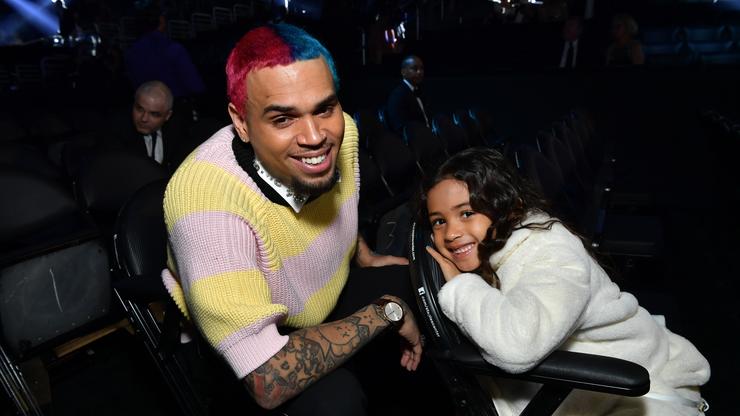 Chris Brown congratulated his former flame on her new child.

Fans have been celebrating Rihanna and A$AP Rocky’s new child along with the couple. Rumors had been swirling that the star had given birth last week, and it turns out the rumors were true. Rihanna and A$AP welcomed a baby boy into the world on May 13th in Los Angeles, a huge step in their much-talked-about relationship.

Among the celebrating fans offering congratulations is Chris Brown. The artist took to Instagram today to praise the event. In a story, Brown used prayer and heart emojis along with a pregnancy emoji, along with the simple message, “Congratulations.”

Of course, Brown and the singer used to be an item a while back, and according to Rihanna, the two still “love each other and probably always will.” Their relationship had its fair share of trouble, most publicly when it came out that Brown assaulted Rihanna. A$AP himself called Brown out for the attack in a recent single. Since their break-up, Brown has routinely shown his continuing affection for the singer. He commented on her topless photo in 2018, and thirsted hard over her lingerie pictures in 2019.

When he’s not keeping up to date on the most recent Rihanna updates, Brown has been staying fairly active. He recently landed a residency in Las Vegas, and has announced a new album, Breezy, which is set to be released soon. He’s hinted at some of the features who may be on the new record, including Lil Wayne, Anderson .Paak, Jack Harlow, Tory Lanez, and Fivio Foreign.

Take a look at Brown’s well-wishes to Rihanna and A$AP below.