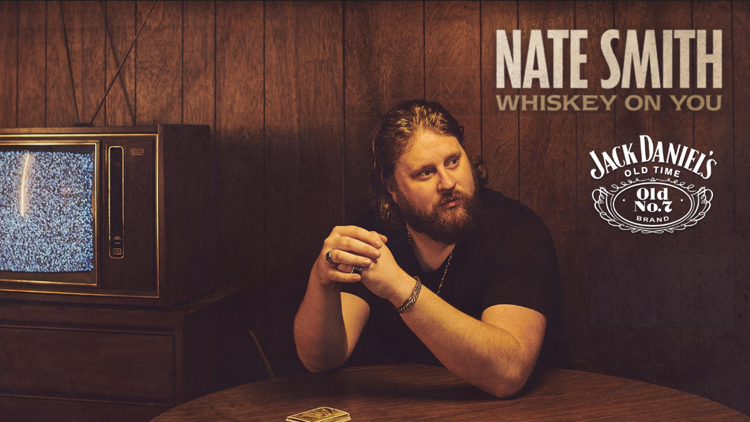 For decades, advertisers have been tapping into music to access rabid fan bases and targeted demos. But although lucrative branding deals have buoyed revenues for artists, labels and live concerts — while also boosting the sales of products — artist-branding marriages are often the result of educated guesswork. Now, Chartmetric is expanding its increasingly influential data analytics platform into the music branding arena, with an eye towards updating traditional artist-brand pairings.

Like any tech-focused company worth its salt, Chartmetric is aggressively iterating and experimenting in this field. The company’s expansion into data-informed branding is early, though the company is working with major music companies and artists to more scientifically connect with brands.

According to Chartmetric President & COO Andreas Katsambas, the company is currently tracking roughly 8 million artists and more than 1,000 different brands. That includes mega-brands like Budweiser, Amazon, and Red Bull, as well as more targeted companies like Weedmaps, Bellagio Hotel Las Vegas, and Sennheiser.

The company’s first foray into branding data focuses heavily on Instagram. The company, together with data partners, scours the public accounts of millions of artist followers for branding mentions, as well as the brands that fans follow. Beyond followers and mentions, hashtags are also ingested. If fans of a particular artist disproportionately follow a specific brand, Chartmetric maps the potentially powerful connection.

Overlaps that are statistically noteworthy are measured with ‘Brand Affinity Ratios,’ with both brands and artists (and their labels) easily able to scan potential pairings.

For Chartmetric subscribers, those affiliations are now layered alongside existing data in areas like streaming playlists, airplay, social media platforms, and geographical densities. The result is a broader platform that also allows artists, labels, and brands to track the progress of campaigns and emerging brand affinities.

Nicole Marinake, Senior Director of Partnership Marketing at Sony Music Entertainment in Nashville, has been using Chartmetric’s branding analytics to complement the label’s ongoing efforts in this area. The label typically collects data from music fans to determine advertising affinities, though more data means better pair-ups. “Chartmetric is the first one that finds that direct affinity,” Marinake shared.

In the case of rising country singer Nate Smith, an organic affiliation with Jack Daniels was easy to track. Smith’s song ‘Whiskey on You’ makes mention of Jack Daniels with the lyric, ‘This Jack I’ve been drinking’s been wasted on thinking’. That sparked a TikTok trend featuring Smith’s track and a bottle of Jack as core components. The brand affinity quickly started registering on Chartmetric.

In an internal presentation shared with Digital Music News, Marinake noted that TikTok creations quickly elevated the brand affinity between Smith and Jack Daniels. That shift happened in less than a week, and prior to the official track release.

Affinities can emerge quickly, though artists need to be careful about free promotion.

In the rap world, that became a serious concern particularly during the genre’s formative years. But despite growing awareness of the advertising power that artists possess, emerging artists — rappers or otherwise — frequently give away freebies.

That includes Oakland-based rapper Call Me Ace, who was recently featured in an advertisement for Ford’s Mustang Mach-E. That was a big win, though the rapper also released a successful track called ‘Tesla,’ which heavily features the upscale car while comically contrasting it to the more practical Subaru. Neither car company paid the rapper, though perhaps the right Chartmetric affinity score could have facilitated a negotiation.

“I got paid to be in a Ford Mustang, but I didn’t get paid to drive the Tesla,” Call Me Ace said. “At that point, I was like, I don’t think I’m ever going to make a song like that again unless they pay me.That’s free promo.”

“There’s something different about getting paid to drive the car.”

Increasingly, the music industry is tapping into data to inform advertising matchups, and replacing earlier, less scientific methods. In the sync space, players like Songtradr are using more sophisticated methodologies to match music to commercials. Advertisers themselves are also becoming increasingly data-driven, with artists now being mapped to extremely-targeted demos.

Artist marketing and branding teams are also shifting their approaches. Marinake told us that labels used to scan crowds at shows to determine what an artist’s fans were drinking. “Are they drinking a red can or a blue can, a Bud or Miller Lite?” Marinake recalled. “That was the type of scan that we were doing.”

Entrants like Chartmetric are quickly making those stories sound quaint. But perhaps traditional techniques instincts will always have their place — as long as they can be validated with the right affinity scores and data.