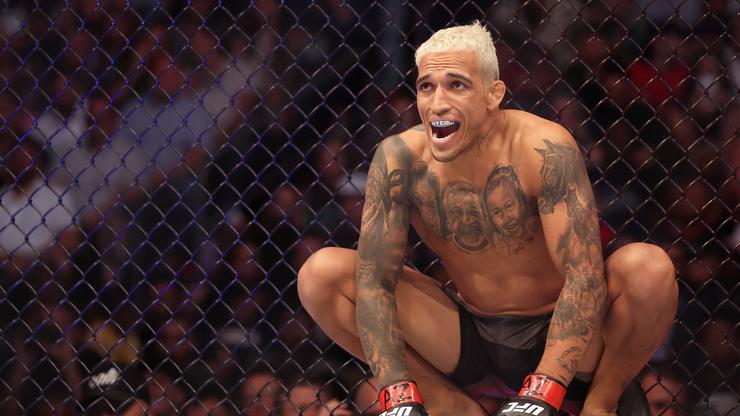 Charles Oliveira is fresh off of a win at UFC 274.

Charles Oliveira went into UFC 274 with a bit of a predicament on his hands. The UFC fighter was ultimately stripped of his title due to the weigh-in for his fight against Justin Gaethje. Oliveira was a half of a pound overweight which meant his lightweight title is now vacant. Luckily for Oliveira, he won the match which means he is the number one challenger for the belt.

Since beating Gaethje, there has been quite a bit of chatter in terms of who Oliveira should fight next. While speaking to MMA Junkie, Oliveira came out and said that he would love to go up against Conor McGregor. In his eyes, it is the best fight that is available right now.

“I said upstairs that Conor McGregor would be a good fight,” Oliveira said. “When I was No. 7 in the rankings, I called these guys out and none of them paid attention to me. So let the matchmakers choose. The name is Charles Oliveira, and that won’t change.”

Of course, McGregor is still in the midst of recovering from his leg injury. At this point, one would expect McGregor to fight someone else before challenging for the title. He is on a two-fight losing streak, and he needs to get in the win column before being a true championship contender.

Stay tuned to HNHH for more news from the MMA world.