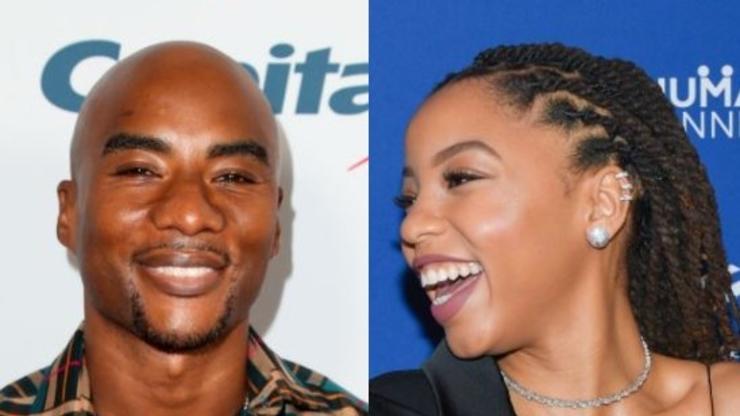 The pair apparently had a conversation about it but during her recent interview with “The Breakfast Club,” Charlamagne said he couldn’t remember.

You never know who is related to whom in the entertainment industry. Saweetie and Gabrielle Union are cousins, as are Snoop Dogg and Ray J, but not many are aware that Charlamagne Tha God and Chlöe are cousins, as well—including Charlamagne. The singer recently visited The Breakfast Club where they rehashed a conversation about being related and it seems that Charlamagne totally forgot about it.

Charlamagne seemed confused and said, “Who?” The singer answered, “Me and you… We talked about this last time.” It seemed that the previous conversation about them being distant cousins went right over Charlamange’s head because he had a difficult time recalling that revelation. He laughed as he apologized to Chlöe.

“It’s okay. It’s alright. It’s okay, cousin,” she joked. DJ Envy chimed in and added, “He can’t borrow no money though!” Chlöe quickly said, “Nope! But can I?” Once she reminded Charlamagne that they spoke about being related right outside of the studio, he acted as if he remembered but everyone called him out.

“I appreciate that cousin,” he said while everyone teased him, saying he can’t claim Chlöe as his cousin now. “Hey! That’s my cousin, now. Y’all be cool,” he joked. Chlöe wouldn’t let him off the hook without giving him a hard time. “I can’t believe you forgot. That hurt my feelings. I’m not gon’ lie.”

It was all in good fun and everyone got a laugh about the relatives reuniting. Check it out below.