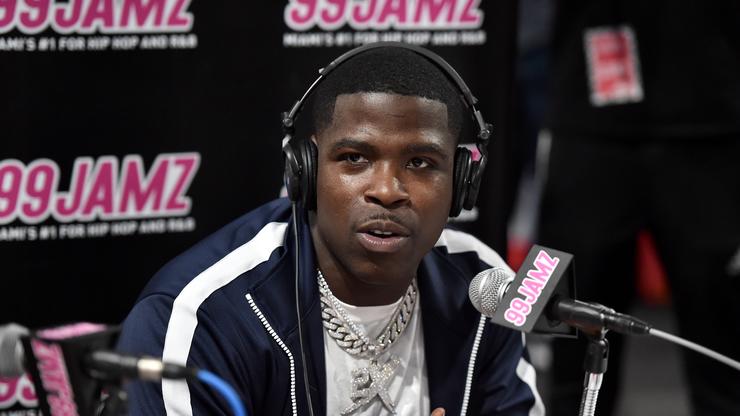 As the incarcerated rapper continues to fight for his freedom, Casanova drops off a few thoughts.

He may be behind bars, but Casanova is making sure his voice is heard. It has been just over one year since Casanova was arrested on federal charges related to racketeering and drug trafficking, and while the rapper continues to maintain his innocence, he also has called out those who could help him, but won’t. His friends and supporters have rallied around him and often share words of encouragement on social media, including his wife who has been holding him down until he comes home.

Meanwhile, within the last 24 hours, Casanova has been firing off a few tweets that read like random thoughts. In the first, he addresses Roddy Ricch‘s recent allegations that he’s “false flagging” because he’s worked his way out of the hood.

“NIGGAS WANT @RoddyRicch to be in the hood so he can end up like me lol Man f*ck that sh*t @RoddyRicch keep making that 20 million a year, it beats shooting the wrong video in the hood and sh*t go left [double exclamation mark emoji] I hope that don’t go over your head.” He also touched on the beef between Kodak Black and Jackboy, tweeting that he doesn’t know what happened between them but “I WISH THEY COULD SQUASH THINGS AND COME BACK TOGETHER.”

His last seems to be a note for those who continue to ask him about connecting with Jay-Z in an effort to help Casanova’s case. “Stop asking me what Jay Z is doing for me… he did enough already, he gave me a shot.” Check it out below.