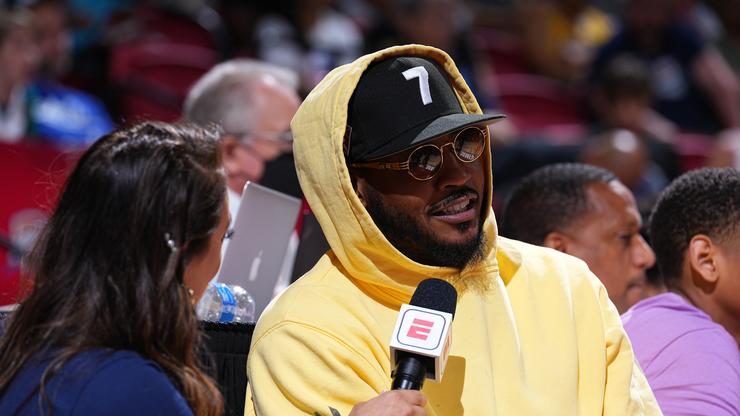 The Celtics previously had interest in bringing in the NBA veteran.

Carmelo Anthony doesn’t have a team right now, and he is currently in the midst of finding some options ahead of the new season. Melo is a player that is beloved by fans, but unfortunately, he has found it hard to keep a job in the NBA as of late. After going months without a contract in 2019, Melo eventually found his way to the Portland Trail Blazers, whom he played for two years with.

Since that time, Melo has gotten to play one season with the Los Angeles Lakers, and for the most part, it was very inconsistent. With that being said, there have been rumblings that Melo might not find a team in time for the start of the regular season.

Earlier this week, there was a report that stated how Melo might actually be interested in joining the Boston Celtics. After Danilo Gallinari went down to injury, the Celtics were looking for someone to come onto the roster. The Celtics were reportedly looking closely at Carmelo, but now, that is no longer the case. According to Mass Live’s Brian Robb, Carmelo is no longer of interest to the Celtics.

It remains to be seen where Melo will go next, so stay tuned to HNHH for all of the latest news and updates.