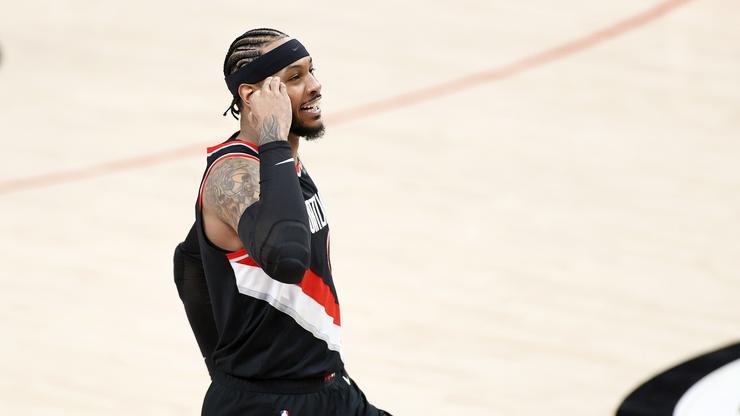 Carmelo Anthony has been in the NBA for a very long time which means there is no doubt he has a good judge of talent. He has played with and against some all-time greats, and this year, he will get to play with a top-two NBA superstar of all time. Having said that now is as good a time as ever to ask Melo what his all-time 12-man roster will look like.

While appearing on the Million Dollaz Worth Of Game podcast, Melo was asked that very question, and as you will see in the video clip below, he had some pretty interesting answers. For instance, his starting five consisted of himself, Magic Johnson, Kobe Bryant, Hakeem Olajuwon, and Kevin Garnett. These are not the names you would immediately think of, but alas, it is Melo’s list.

As for the rest of the team, Melo had players like LeBron James, Chris Paul, Dwyane Wade, Shaq, and Kevin Durant. The last two players on the list are Julius Irving and Allen Iverson, which gives this team a nice mix of young and old NBA stars. Perhaps the most bizarre snub from this list is none other than Michael Jordan, who is the greatest player to ever live. Once again, however, Melo has his own choices and it seems as though MJ wasn’t enough to make the cut.

Let us know what you think of Melo’s list, in the comments section below.