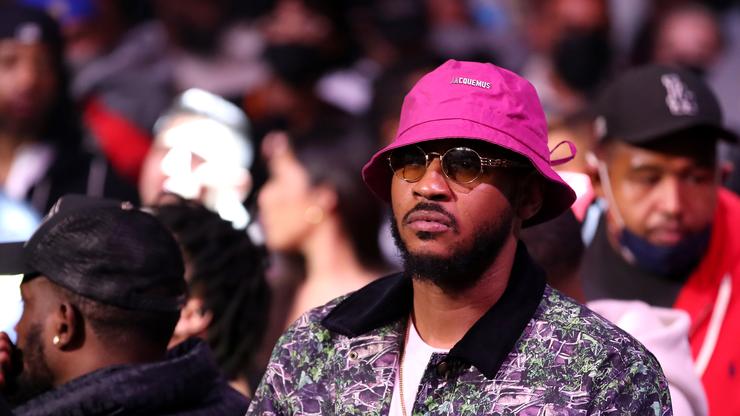 Carmelo has been through his own hardships as a player.

Carmelo Anthony has had plenty of ups and downs throughout his NBA career. Just a couple of years ago, people were declaring him as washed, and there was this growing sense that he just wasn’t going to be effective anymore. That has all changed, as now, Melo is an integral part of the Lakers’ depth.

Having said that, Anthony is the perfect person to talk about Isaiah Thomas and his recent resurgence on the Lakers. After being signed by the Lakers to a 10-day contract, Thomas has been able to shine thanks to a pair of 19-point and 13-point performances. For instance, you can see in the clip below that Thomas has been putting in work on the floor.

While speaking to Michael Corvo of ClutchPoints, Melo explained just how much relates to what Thomas has been through over these past few years.

“It’s something that I can relate to,” Melo said. “I know the feeling of believing in yourself when everybody counts you out. I know that. Him standing on what he believes in and believing in his game, believing in his talent, his skill, and what he can do. I was out a damn near year and a half. It’s still the same mentality that we go through. The same mindset. At times, it gets stressful, I’m sure you want to get down on yourself. As you can see, he was prepared for whatever moment. I’m just happy he’s back in the league. It just so happens to be with us.”

While the Lakers ended up losing last night, there is no denying that IT’s presence is a beacon of light right now. Hopefully, his play is enough to garner a deal with the Lakers that goes beyond the 10 days.